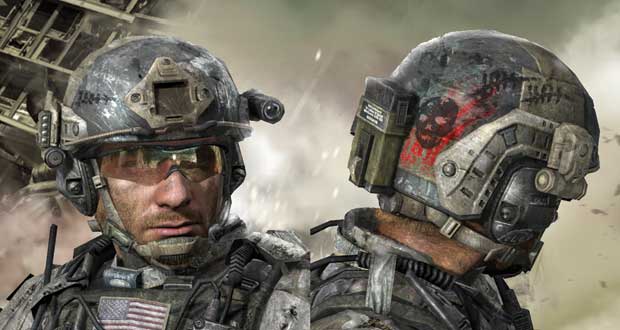 Outside the walls of Infinity Ward, Sledgehammer Games, and Raven Software, noone has seen what’s to come in regards to Call of Duty: Modern Warfare 3.  Though new details have been spreading like wildfire across the net, as one would expect from a franchise as popular as Call of Duty.  The first details have come in from Kotaku who recieved inside information from the companies involved in the game.

Modern Warfare 3 will begin moments after the ending of Modern Warfare 2 with the United States still very much in the process of turning back an attack from Russian forces.  THe traditional setup of a Call of Duty single player experience is back, with you controlling multiple characters in the game at key points across the story.  There is said to be a healthy level of recurring characters in the game, those that made it at least.  The game is said to stick with the short engagaments that span across the globe from Manhattan to Dubai.  The game will one again be mixed with standard Call of Duty first person shooter gunplay, and the vehicle play that we’ve grown accostumed to as the series has progressed.  Players will control tanks, AC-130 gunships, and other as-of-yet unnamed vehicles.

The reveal notes that many of the loose ends from the Modern Warfare series will be wrapped in Modern Warfare 3, but the game will also introduce new characters that go by the code-names “Frost” and “Sandman” the image above is rumored to be Sandman.  As of now, Activision has yet to reveal any of these details officially but being that they are coming from the editor of one of the biggest gaming sites on the web, they’re more than likely true…or at least partially true.  Expect more in the coming weeks about what to expect from Modern Warfare 3.