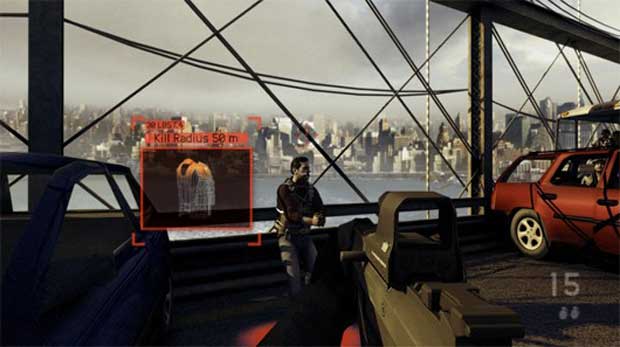 The Rainbow Six series came out of hibernation briefly prior to E3 2011. The game which was outed as a return to tactical roots of the franchise, was said to be set in NYC with the goal of the Rainbow team to stop a terrorist cell from carrying out plans to attack the world’s most famous city. Though new details have emerged regarding the possible inclusion of moral dilemma and how they’ll tie in with the game.

Ubisoft didn’t have much to say about the upcoming shooter at E3 2011, but it’s clear that Kotaku has an inside lead on the game. After originally outing the new game, these next details explain a demo portion of the game where players will play the game from the shoes of a person who has been kidnapped. The player is tasked with holding down a trigger to avoid detonating an explosive vest they are wearing. As explained in the leak, the moral dilemma occurs where the Rainbow Six team makes its way to the hostage and must make choices that involve either risking the lives of others in-order to save their target.

According to Kotaku, Ubisoft hasn’t decided whether or not the moral inclusions will make it into the game when it releases, but its something they are putting serious consideration into. The idea sounds fantastic, but there’s got to be actual consequences for it to work well. You’ve got to feel the effects of your choices at later points in the game. Otherwise it loses it’s levity.