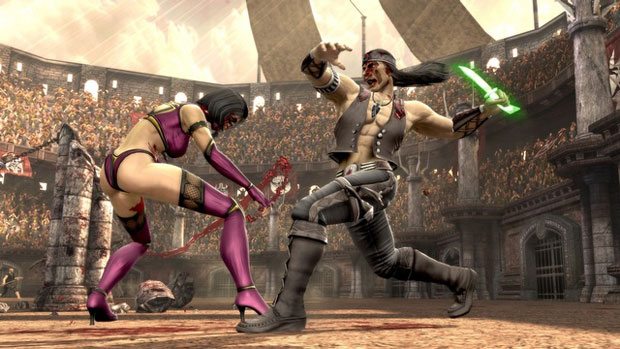 The latest trailer for Mortal Kombat showcases Mileena, the evil half breed created by Shang Tsung in his “flesh pits”.  With a return to the mature presentation and classic 2D fighting plane, Mortal Kombat is the most accessible and competitive MK game coming to the PlayStation 3 and Xbox 360.

Mortal Kombat further extends the brutal experience with a visually striking story mode that will rewrite the ancient history of the Mortal Kombat Tournament. After centuries of Mortal Kombat, Emperor Shao Kahn has finally defeated Raiden and his allies. Faced with extinction, Raiden has one last chance.

To undo the Emperor’s victory, he must strike Shao Kahn where he is vulnerable…The Past.

Mortal Kombat is scheduled for release on April 26th, 2011.  With Kratos on the PlayStation 3 and noone on the Xbox 360.