MVP Kevin Durant will be on the cover of NBA 2K15 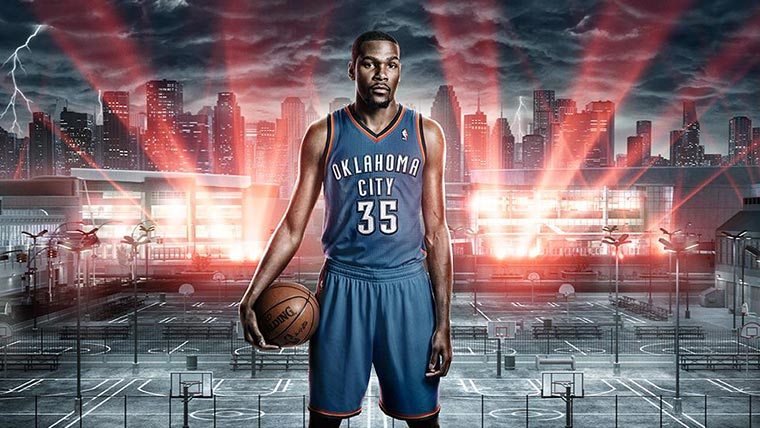 Kevin Durant of the Oklahoma City Thunder will be featured on the cover of 2K Sports’ next basketball title, NBA 2K15. “KD” claims to be a big fan of the basketball series, “I really think nobody plays the game as much as I do,” Durant said.

So what’s the NBA All-Star’s favorite mode? Durant says he plays the My Player Mode. “Taking a guy through a season, getting drafted, sitting on the bench, becoming a starter, and trying to get better — I feel that’s how it is as a real NBA player.”

2K Sports hasn’t revealed any of the new game features for NBA 2K15 at this point. Whether Durant will have his own standalone mode as we’ve seen in years past with the Lebron and Jordan modes is yet to be seen.

Regardless of Durant specific features, let’s just hope that 2K Sports includes a more fully featured set of options for the PlayStation 4 and Xbox One versions of the basketball sim this year. While the next-gen versions that shipped alongside the new consoles were significant visual upgrades to the game, they were a little light on options when compared to their Xbox 360 and PS3 counterparts.