The latest news in the world of video games at Attack of the Fanboy
August 28th, 2017 by Kyle Hanson 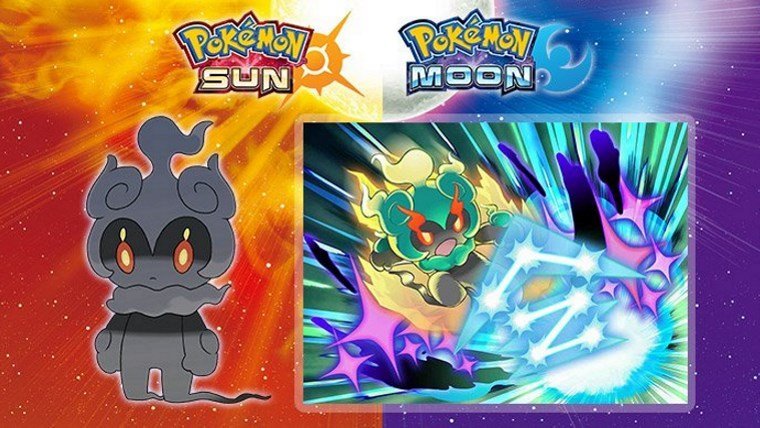 Pokemon Sun and Moon are about to get a brand new Mythical Pokemon, with Marshadow. Trainers in the US can get their hands on this new creature at Gamestop starting on October 9th and going until the 23rd. This is the very first time this Pokemon has been available, so fans will definitely want to get their code before the giveaway is over. Keep reading for more on Marshadow, the latest Mythical Pokemon in Sun and Moon.

“As the only known Fighting- and Ghost-type Pokémon, Marshadow brings a unique twist to battle,” reads the announcement. “When it unleashes an attack, its body turns green thanks to its burning fighting spirit. The Pokémon you’ll receive is ready for action with its signature Spectral Thief attack, which not only does damage but steals the stat boosts of its target. The power of the Marshadow you can get at GameStop doesn’t stop there—it also comes holding its special Z-Crystal Marshadium Z, allowing it to strike hard with its signature Soul-Stealing 7-Star Strike Z-Move!”

The Marshadow that you get from Gamestop will be at level 50 and feature the following moves: Spectral Thief, Close Combat, Force Palm, and Shadow Ball. Once you have your code you just need to go into Mystery Gift on Sun and/or Moon. Enter the code then load the game and head to a Pokemon Center, where you’ll find the Mystery Gift attendant.