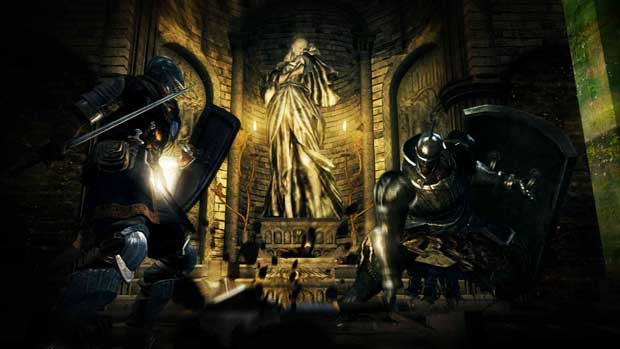 Online gamers have flocked to a recent petition to bring Dark Souls to PC by the thousands. Garnering over 60,000 signatures in just a short period of time, Namco has finally addressed petitioners. Namco Bandai Community Manager, Tony Shoupinou addressed the community, expressing his amazement of the sheer numbers in such a short time.

“I honestly wasn’t expecting such massive support,”said Shoupinou. “My bosses even came to talk to me about this after it exploded all around the world. If you wanted to have the attention of Namco Bandai Games, now you have it.”

While there’s been no clear cut decision made by Namco at this time, they may be forced to make a decision on the port in short order.  “The future is in your hands,” said Shoupinou.  Dark Souls may or may not get a PC version in the near future, and it may or may not get DLC for the console versions of the game as well.  Recent rumors suggest that additional content is on the way for Dark Souls as a report has FromSoftware wrapping up development on the add-on.