NASCAR Heat 2 Announced for PS4, Xbox One and PC

The latest news in the world of video games at Attack of the Fanboy
May 16th, 2017 by Jose Belmonte 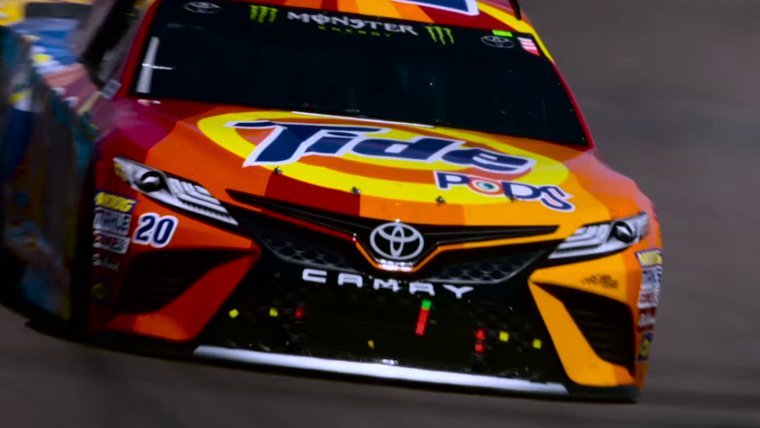 704 Games has revealed NASCAR Heat 2, the successor to last year’s NASCAR Heat Evolution. Fans should expect the new game to build upon the experience offered by its predecessor, adding new contend and race modes to the original title, as well as an improved online experience. The new title is scheduled to launch on PlayStation 4, Xbox One, and PC on September 12th, and the athlete featured on the cover will be determined by online voting.

The previous game in the series, NASCAR Heat Evolution, was release in 2016. It featured all 23 tracks from the  2016 NASCAR Sprint Cup Series, as well as pilots from most teams from that series and the 2016 NASCAR Next class. The game made use of a dynamic AI and Speed Matching system that adapted the difficulty of the races to the skills of the player. The game included four race modes: Quick Race, Career, Chase for the Sprint Cup, and Challenge. All this content will be expanded for the sequel with a more complex Career mode, new drivers, and updates on the race tracks.

The studio wants to take advantage of all the content created for the 2016 entry, but also wants the sequel to feel like a much deeper experience. 704 Games CEO Paul Brooks says: “This new game will have a very different look and an enhanced overall experience that reflects the insights of actual NASCAR drivers.”

Additionally, the studio has launched an online competition in which fans of the series will get to vote for their favourite NASCAR driver to feature on the cover of the game, and win a customized Xbox One S. You can cast your vote on the official website of the game.

While NASCAR Heat Evolution received mixed reviews due to its lackluster online experience and Career mode, it seems like 704 Games has listened to the critics and is working on making a sequel that is better in every aspect. We will get to judge if they have been successful this coming September.