Naughty Dog to Game For The Troops 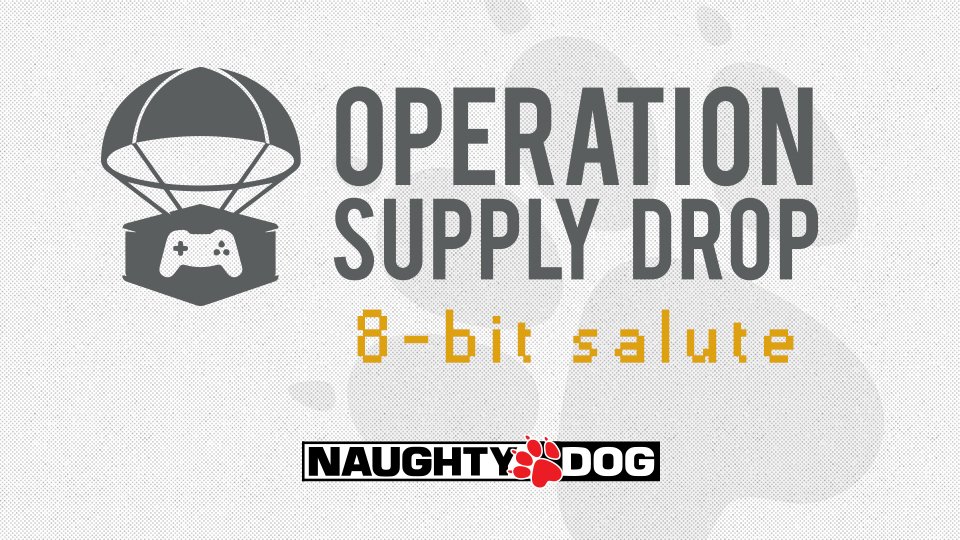 Game developers Naughty Dog recently announced in a blog post that they plan to participate in a charity event run by organization Operation Supply Drop, which benefits veterans, with a live gaming stream. Streaming through their official Twitch channel on Saturday May 16th, Naughty Dog will be joining chapters all around the country for Operation Supply Drop’s 8-Bit Salute.

The organization, which regularly organizes gaming events to benefit veterans in need, has seen the support of both developers and gamers. This won’t be Naughty Dog’s first time participating in Operation Supply Drop. The developers notably participated last year. But inspired by an email from fan and Iraq veteran Jeff Bullock, who stated that the Uncharted games provided him with much needed inspiration during the war, Naughty Dog is participating once again. Naughty Dog is currently raising funds for the charity, with a team goal of $10,000. As of today, they’ve raised only $940 but are expected to raise more as May 16th approaches. Operation Supply Drop hopes to raise at least $1,337,000 with the 8-Bit Salute.

If you want to support Operation Supply Drop with the 8-Bit Salute, the event is free to join, although registering with the $15 elite option will enter you into a raffle, which offers a variety of prizes. All participants can help the charity raise funds through individual fundraising pages. The 8-Bit Salute is a 24-hour gaming marathon, where players can play on any system or game, so long as they manage to play for 24 hours. Players can ask friends or family members to sponsor them during the event. Although previously the event was only held on the 16th of May, Operation Supply Drop is now holding similar events throughout the year.

So if you want to game for a good cause, join Naughty Dog’s lead and participate in the 8-Bit Salute.

Home / Game News / Naughty Dog to Game For The Troops