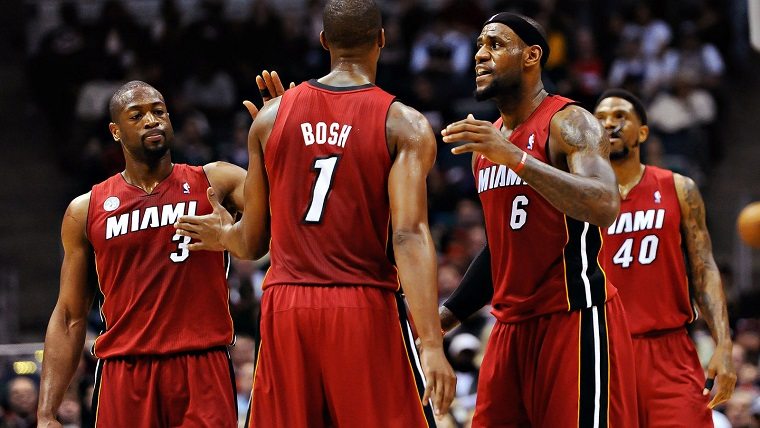 New retro teams have been confirmed to be included in NBA 2K16. One of the new teams are the Miami Heat led by LeBron James.

The new teams were confirmed by Ronnie2K on Twitter. The 2012/2013 Miami Heat team will be added. This is the big three era led by LeBron James, Dwyane Wade and Chris Bosh. That team recently won 2 NBA Championships and appeared in the Finals four times in a row.

As of right now, eight new classic teams have been confirmed. Over the next couple of weeks, 2K Sports will be announcing four more teams. They noted in the past that 12 new classic teams will be added. It will be interesting to see what other popular old teams make the cut.

This does not include the other classic teams that are already in the game such as Michael Jordan’s Chicago Bulls and more. It’s great that 2K Sports adds classic teams so older basketball fans can enjoy NBA 2K16. Not to mention they add teams to when players were in the prime of their careers.

What other teams would you like to see be included in NBA 2K16?