NCAA Football – Is EA Sports Teasing a Return of the Long Dead Series? 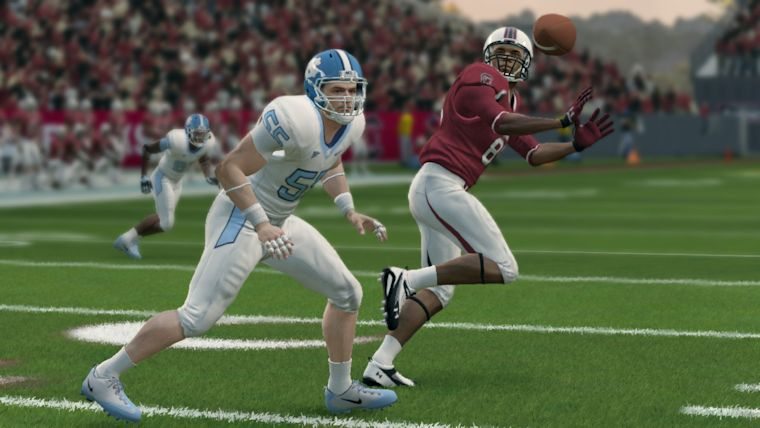 EA Sports has set the world’s sports video game fans buzzing with a single Facebook post. The furor isn’t about what the post contains, but rather the page that posted it. NCAA Football, the series that was once so strong but came to an abrupt end with NCAA Football 14, might be coming back as EA has posted a video of a heartbeat monitor, saying “Our heart still beats for the big game.”

This could just be a random post meant to show that EA still cares about the sport of college football, but fans are taking it as a sign of a resurgence for the series. EA Sports’ NCAA Football was fairly popular, but ran into trouble due to licensing problems. The issue involved the use of players’ likenesses in game, which is a problem due to the amateur nature of the players in college sports. Rather than continue fighting the multitude of lawsuits, EA decided to just not renew the license and end the series with the 2013 game.

However, this post has kindled new hope with fans, wishing that it indicates something more than just getting excited for the upcoming championship. Could EA Sports be teasing a revival of NCAA Football? Certainly, though the legal hassle is likely still a hindrance. However, if the NCAA and EA were able to work something out that fits with the regulations currently in place, the series could easily come back for the 2016-2017 season.

Unfortunately, according to an editor at Polygon, EA responded to them saying that there was “no news” and they were “sorry to get your hopes up.” This could be a smokescreen though, so fans are still getting excited for a possible return of college football to video gaming.