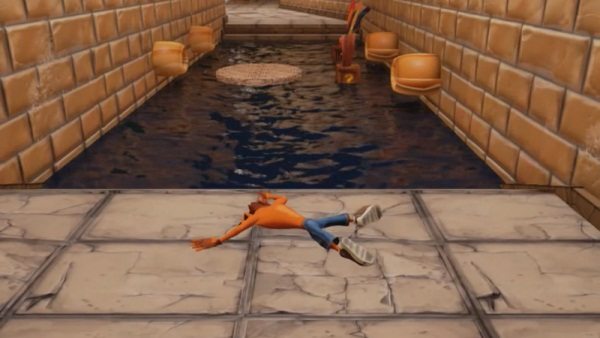 Update: Randy Falk has mentioned that his comment was taken out of context and misunderstood.

The NECA toys director claims in a new interview that Sony is set to bring back Crash Bandicoot in some form in the near future. This could be further evidence that the company has not given up on reviving the franchise for a new generation.

The new evidence comes courtesy of a new interview from PixelDan who chatted with Randy Falk from NECA toys. At the 4:10 mark of the interview, Falk says: “Looking at some of their other titles, they’re looking at bringing Crash Bandicoot back, which is really cool“.

There’s no other way you can decipher what he said as a mistake. NECA has been in a partnership with Sony as they are releasing many toys based on the likes of Uncharted 4: A Thief’s End, God of War and more. They have a decent display during the New York Toy Fair over the weekend.

Falk’s comments is just further emphasizing that Sony will be bringing Crash Bandicoot possibly for the PS4. We’ve seen PlayStation Middle East teasing his comeback recently on social media and Shawn Layden wore a t-shirt for the character.

Hopefully E3 2016 gives us an announcement that Sony has bought back the rights to Crash Bandicoot from Activision and a new game is currently in development. A game must be in development if NECA is planning toys already.