Necromunda: Hired Gun Takes Us for a Tour of the Underhive

It's not all carnage and slaughter in the Underhive. 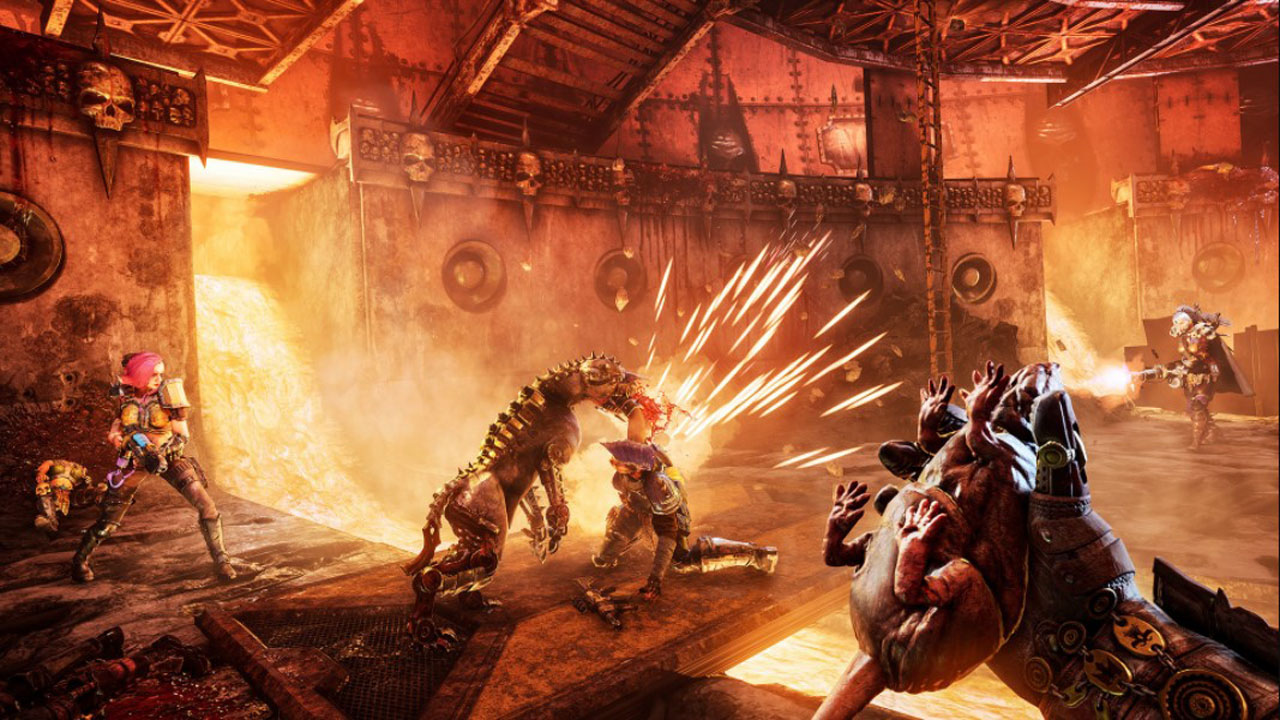 Necromunda: Hired Gun released a brand new trailer that takes us on a tour through the Underhive to show what kind of bounty hunter work awaits the players in its many environments filled with the friendliest factions. Gangs, bandits, cultists, the Imperial Inquisition, all kinds of interesting folk ripe for conversation and bloody murder. Oh, and don’t forget about the cyber mastiff, a good boy that will help the players on their adventures.

Necromunda: Hired Gun shows us all its wonderful environments and friendly inhabitants

Yet, it’s not all carnage and slaughter in the Underhive. While players encounter titanic trains hauling insane amounts of cargo, terrifying ancient technologies, chem labs, and the occasional fighting pit, there’s a peaceful place where everyone can rest. Martyr’s End, a relaxed zone filled with the most wonderful people ranging from rogue doctors, murderers, dome runners, and even barmaids that offer useful information for a couple of drinks. Seems like a perfect place to chat a bit, maybe buy a new gun before heading out to do the next deadly mission. Judging from the trailer, the missions will be quite a challenge:

Coming from a developer known for their weird ideas

Anyone familiar with 40K knows it boasts the most varied types of deranged homicidal maniacs. All kinds of guilds, corpse and genestealer cults, Inquisition Enforcers. There’s something for everyone as they say.

The interesting thing is, Necromunda: Hired Gun is made by a pretty unknown developer. Streum On Studio only made two games: E.Y.E: Divine Cybermancy and Space Hulk: Deathwing – Enhanced Edition. Both are incredibly strange but interesting titles that are extremely underrated. Both are packed with unorthodox game mechanics and quirky gameplay additions. Yet, the first game has a small cult following while Space Hulk: Deathwing has enormous potential but is hindered by some great ideas that were executed poorly.

Home / Game News / Necromunda: Hired Gun Takes Us for a Tour of the Underhive