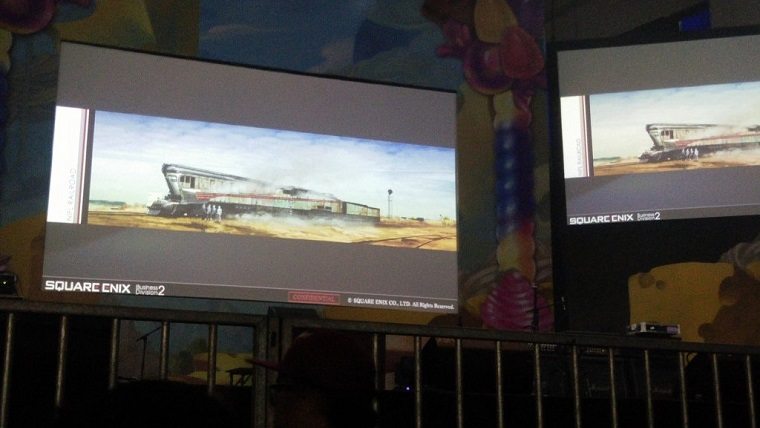 Some new artwork has been revealed for Final Fantasy XV at the Jump Festa event in Japan. It shows a picture of a train that is said to be central to the main story.

As reported by GamesInners, Square Enix held a presentation at Jump Festa for Final Fantasy XV. Not a lot of new information was provided, except for the artwork you see above of the train. Most of the info provided were mostly technical details.

There is more to the train than meets the eye. It is believed to be an important part of the story. Maybe it’s possible Noctis and the gang need to travel on it when they run into car troubles again, After all, they needed their car fixed in the demo for the game. We can see a group of character standing in front of the train so this could be the main characters.

The biggest information we will get from Final Fantasy XV won’t be until March 2016. An event in March 2016 is when they will announce an actual release date for the game. Square Enix promises the release date will still be in 2016. There will also be another Active Time Report that will be held in January that should give us a few more small details about the game too.