The latest news in the world of video games at Attack of the Fanboy
December 23rd, 2015 by Scott Grill 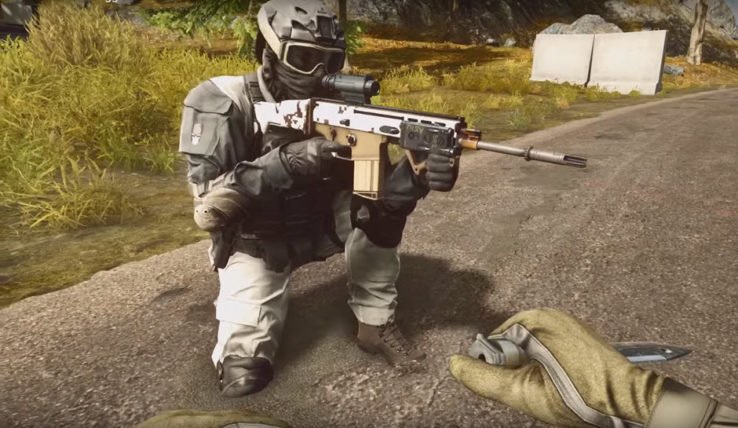 Battlefield 4 is known for its Easter eggs, namely the Megalodon, but the latest may have just taken the cake in terms of difficulty. DICE LA dropped a multi-step Easter Egg into the release the new Dragon Valley 2015 map that will test your logic and hunting skills.

YouTuber JackFrags and the Battlefield 4 community discovered an Easter egg on the Dragon Valley map with a flickering lantern surrounding the temple at the H flag on the map. The flicker was actually a Morse Code message in Belarusian that translates to “Did you miss me? Good luck, JJU.”

“JJU” is short for Julian Manolov, the DICE developer responsible for many of Battlefield 4’s Easter eggs.

The actual start of this Easter egg is a series of switches around the map that correspond to different groups of lanterns that surround the building. There’s a catch though. The number of lamps that are lit by default is random each time a match is started on an unranked server. That means players will have to figure out the correct switches to flip themselves.

This leads Battlefield 4 players to another Morse Code message that points them to the Zavod: Graveyard Shift map. A croaking sound near a rock on that map is actually a slowed down version of a Battlefield Friends character singing, “I’ve got little birdy legs.” Numerical values of every letter in the two longest words from that phrase are then converted into the number 83980800000. Typing that into a keypad near the lantern puzzle reveals yet another Morse Code message that gives a unique individual code.

Yes, this next part is unique to every player and can’t be copied, which means players will have to follow all the perform all the previous steps by themselves.

Battlefield 4 players are then directed to stand on the west side shaft of the north-western water tower in a ranked Conquest large game for two minutes to be presented with another key pad. Punch in the unique individual code there and you’ll get a message screaming, “promoted!”

A DICE LA camo will now be waiting for you when you complete the current match and check out your equipment customization menu. This is a special camo that was previously only available to the game developers.

Is the reward worth all the effort? Depends on your point of view. A flying dragon or other crazy would certainly have been cool, but just having the DICE LA camo will point the player to being an elite Easter egg hunter.