The latest news in the world of video games at Attack of the Fanboy
February 10th, 2017 by William Schwartz 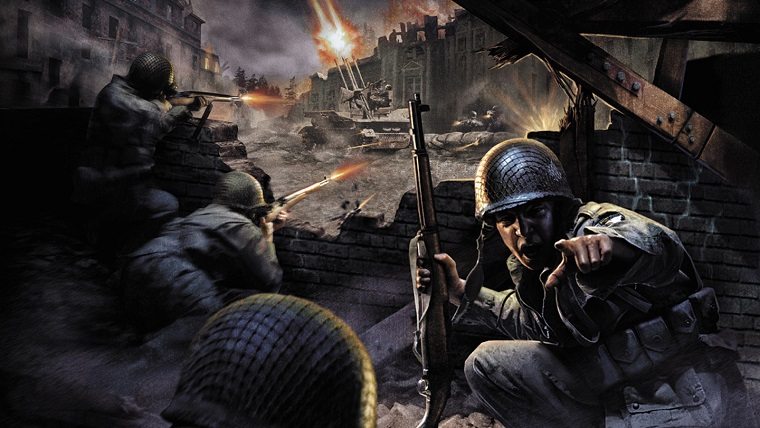 On deck to develop this year’s title, Sledgehammer Games’ new Call of Duty title is also said to have more “traditional combat,” giving players what they want… according to Activision.

Call of Duty: Infinite Warfare released in late-2016, but fans haven’t piled in as they had in previous years.  Despite the series still selling well when compared to its competition, the far future Infinite Warfare just didn’t resonate with fans on the tail of Call of Duty: Black Ops 3 from Treyarch.

Moving the series back to the World War II era, Sledgehammer Games should delight fans, or at least some of them.  While the new movement systems of the game have been welcomed by some, many long time fans of the series have been asking for a return to form since Advanced Warfare was released a few years back.

So when will we hear more about this new Call of Duty game?  May usually brings about our first look at the annual shooter and that’ll likely be the spot where we hear confirmation about these hints from Activsion.

Not excited about the next Call of Duty game being set in the past?  It’s quite possible that Activision will once again do an incentive, much like they did with Infinite Warfare.  There very well may be plans to include a remastered version of one of the more modern Call of Duty titles alongside this new one.

We’ll have to wait and see if this World War speculation holds true, but a number of teases by Sledgehammer Games in the past year would indicate that this will be the case.