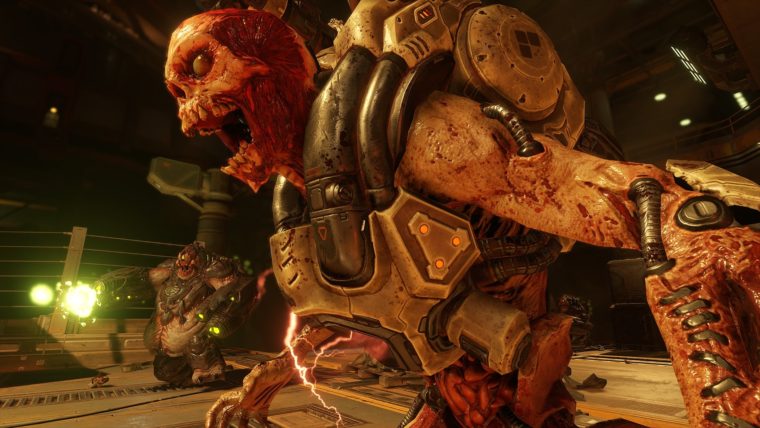 The ESRB has now rated the new DOOM video game coming out later this year. The details that have been outlined tell us that the game should not be played by the squeamish.

The ESRB rated DOOM as M for mature players over the age of 17. The content descriptors are: Blood and Gore, Intense Violence, Strong Language. They rated the game on PC, PS4 and Xbox One.

The rating summary says: “This is a first-person shooter in which players assume the role of a marine on a mission to stop a demonic invasion on Mars. Players use pistols, shotguns, rocket launchers, and chainsaws to kill mutant enemies and demonic creatures. Large blood-splatter effects occur frequently as enemies get decapitated and/or dismembered during combat; a handful of sequences depict mutilated corpses with exposed organs/viscera strewn in the environment.

Some attacks result in finishing sequences that depict intense acts of violence: players using a chainsaw to slice open an enemy’s head; players ripping the heart out of a creature and shoving it in its mouth; players sticking a gun in a creature’s mouth and pulling the trigger. The words “f**k” and “sh*t” are heard in the dialogue.”

DOOM 2016 will be released worldwide on May 13th, 2016. You can get a chance to play the game next week as a beta will be happening from April 15th until April 17th. This beta will be open to everyone.