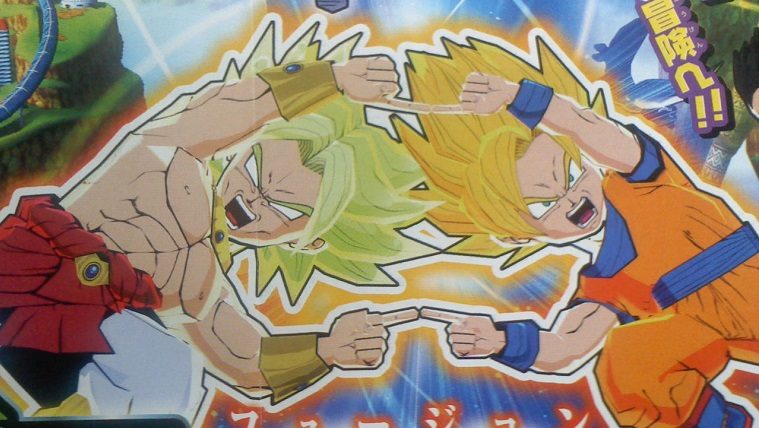 Bandai Namco is in the middle of developing a new Dragon Ball Z video game to be released for the Nintendo 3DS console. It will be called “Dragon Ball: Project Fusion”.

As reported by Gematsu, the latest issue of V-Jump magazine revealed the new Dragon Ball Z video game. It is due out in 2016 in Japan for the Nintendo 3DS. No other additional details have been revealed yet other than it will be an RPG.

The only thing we can take away from this reveal is that it will be heavily themed on fusions. We can see a Super Saiyan Broly and Super Saiyan Goku doing the fusion dance. It’s possible they will fuse to become “Broku” or something like that.

In the cartoons, Broly and Goku never fused as they are enemies. It sounds like this game will allow you to fuse with just about anyone. It could be very hilarious to see all of the combinations that could be created with all the characters in the Dragon Ball universe.

The fact that this game will be an RPG is different too. Most Dragon Ball games are just fighting games so it’s refreshing to see another RPG based on this franchise.