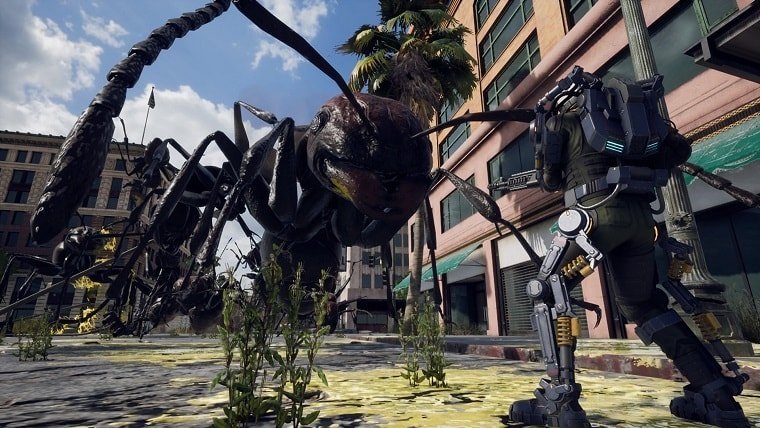 Earth Defense Force: Iron Rain was revealed at Sony’s pre-TGS 2017 press conference, showing off gameplay that fans have come to expect from the series over the years. You, along with other members of the EDF, are tasked with fighting off a slew of alien ants, giant robots and other beasts, who want to take Earth for themselves. However, what separates this title from others in the series is that it has clearly taken on a more serious tone.

In what D3 refers to as “new territory” for the franchise, Iron Rain trades out brighter, more “cartoony” looking enemies and environments for darker, more realistic ones. It’s only speculation at this point, but if the trailer is anything to go by, then Iron Rain’s battle for Earth will be its most impactful one yet. The appearance of the older titles, along with the ability to sing upbeat war chants with the rest of your squad, doesn’t really send the point across that Earth is really at stake, however this new trailer (and EDF 5 to a degree, as well) has done so in a mere 1:30 minutes.

There is no release date set for Earth Defense Force: Iron Rain for the time being, with only a vague 2018 release window being offered at the time of the announcement. However, we do know that Earth Defense Force 5 is set to arrive in Japan on Dec. 7. As such, when it finally arrives in the U.S., we can use it to tide us over until Iron Rain drops sometime later.