The latest news in the world of video games at Attack of the Fanboy
April 25th, 2016 by William Schwartz 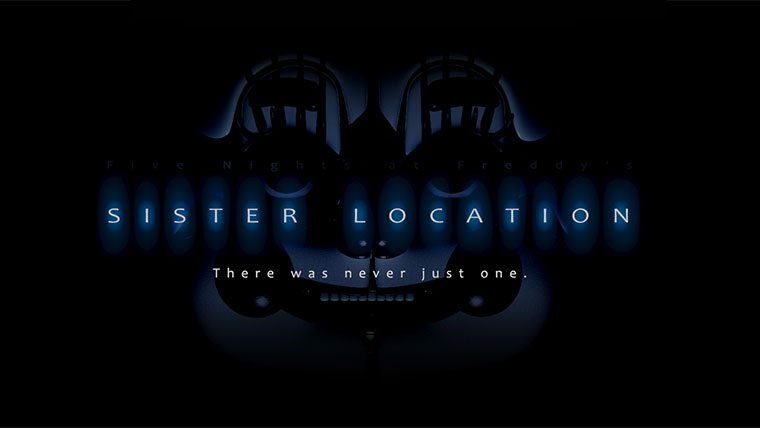 Five Nights At Freddy’s was supposed to be over after four, with creator Scott Cawthon moving on to FNAF World. However, it appears that another new chapter in the Five Nights at Freddy’s series is in the works with FNAF Sister Location being teased on the Scott Games website.

It’s hard to tell whether this is a spin-off of the series or a numbered sequel. Five Nights at Freddy’s: Sister Location “There was never just one” is what the website reads, which has the title and tagline scrawled across a robotic face.

For the uninitiated, the FNAF series is popular point and click survival horror title where players play as a night security guard that must defend themselves against deadly animatronic monsters which go homicidal after-hours in a pizzeria.  While the first three games were pretty similar, the fourth was a little different in that it took place in the home of a child.  The core gameplay of the FNAF series revolves around checking security cameras and avoiding the deadly contraptions.

With the tag-line reading “There was never just one,” it sounds like FNAF Sister Location may be closer to the first three games than the fourth.

The developer is obviously moving past the disaster that was Five Nights at Freddy’s World. A game that was, in the developer’s own words, released ‘Too Early,’ and then subsequently pulled from the Steam marketplace only be to given away for free later on.

We’ll have to see what the FNAF Sister Location turns out to be when Cawthon updates.