The latest news in the world of video games at Attack of the Fanboy
January 21st, 2017 by Jose Belmonte 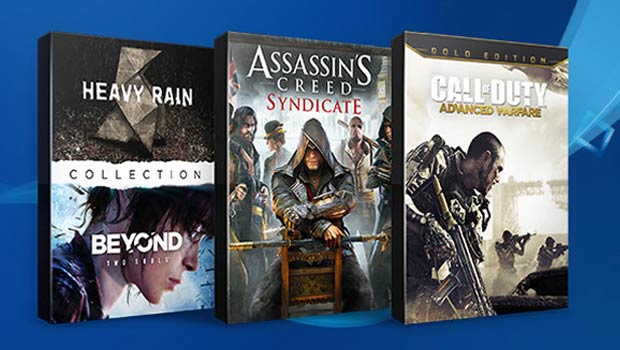 The European PlayStation blog is reporting a new big sale for PS4, PS3 and PSVita games. The theme this time is Games Under 20€, which will make some of the titles go about 70% off their price to meet the requirement. There are not as many big productions as during the Holiday Sale, but you have a very good chance to find a good discount for that game you have been waiting a long time to get. The sale starts this weekend and it will run through February 8th.

Starting with Sony productions, we have titles like inFAMOUS: Second Son and its DLC First Light, God of War III: Remastered, Killzone: Shadow Fall, Beyond: Two Souls, Heavy Rain, Tearaway: Unfolded, Driveclub and its DLC Bikes, and The Last of Us: Left Behind.

Telltale Games also have a good sale on their titles, with The Walking Dead Seasons One, Two, and the Michonne Miniseries, the first season of Game of Thrones, Wolf Among Us, Minecraft: Story Mode, and Tales From the Borderlands.

Finally, people interested in the big sequels coming this year have their chance to check out their predecessors at a very good price, with big discounts on Resident Evil: Revelations 2, Injustice: Gods Among Us, and Tales of Zestiria.

PlayStation 3 and PlayStation Vita also get a special sale, with many titles 60% off. While most of them are versions of the PS4 games listed above, there are some unique titles like Alien: Isolation, the Batman: Arkham series, the Assassin’s Creed series, and Life Is Strange. To check out the full list of games on sale, visit the European PlayStation blog or the PlayStation Store in your console.