New God of War PS4 Details To Arrive in February

The latest news in the world of video games at Attack of the Fanboy
January 4th, 2018 by William Schwartz 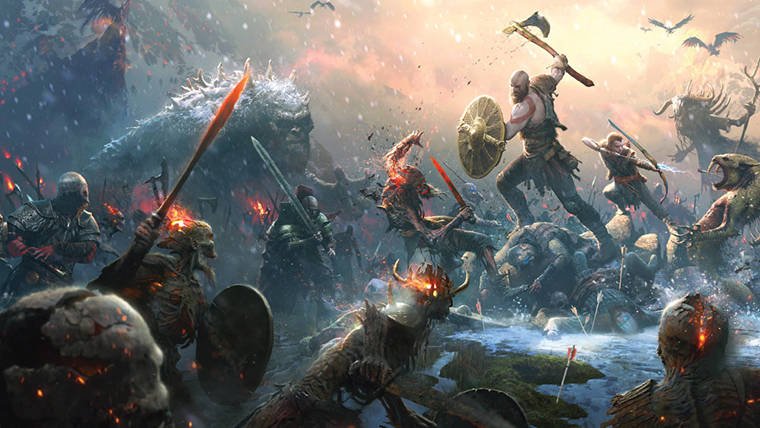 The new God of War for PlayStation 4 has been one of the most anticipated games set to arrive on the console, but details have been slim aside from a handful of trailers for the game.  We know that it’s going to be an entirely new setting for Kratos, but the nitty gritty details like the combat system and game mechanics have yet to be explained.

According to Game Informer, that’s all about to change as Sony is getting ready to open the flood gates of information about the game as it will be featured in the magazine in February.  Sony Santa Monica is readying a big reveal through the outlet, which will get the full cover story treatment.

Apparently, February will reveal a lot about Kratos’ new gear and abilities, the combat system, gameplay mechanics, and some unseen footage of the game.

Over the summer of 2017 it was revealed during E3 that the release date for God of War on PS4 would be “Early 2018.”  With media coverage ramping up for the game, it’s starting to sound like this window is going to be a reality.

2018 is shaping up to be another big year for PlayStation 4 owners in terms of exclusives.  Shadow of the Colossus, Ghost of Tsushima, The Last of Us Part II, Days Gone, Marvel’s Spider-Man, and others are all slated to arrive on the console later this year.

From the looks of it, God of War will kick-off a great year of PS4 exclusives.