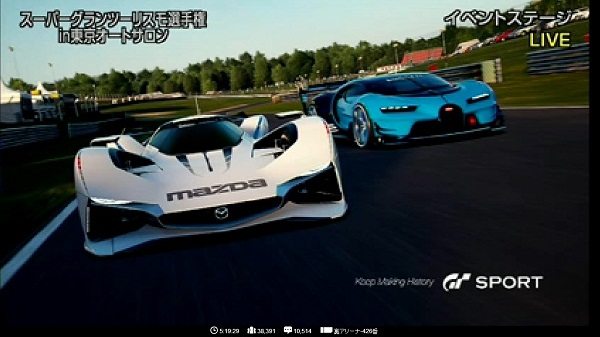 Not a lot of information about Gran Turismo Sport has been revealed since it was first announced, but a new image has surfaced from the game online earlier this week.

A NeoGAF user captured a screenshot (see above) from the 2016 Tokyo Auto Salon show. This was the only sole new image from Gran Turismo Sport that was shown. Obviously this was taken off-screen as the actual direct screenshot for the game will look much better than this.

We may have to wait until later this year for more information and details on this version of the game. Polyphony Digital stated a few weeks ago that this is not Gran Turismo 7. This means it’s not a direct sequel to 2013’s Gran Turismo 6.

Fans can rest easy as both Sony and Polyphony Digital have stated that this game is not a prologue to the 7th game either. It should have more content as a full game and not just a glorified demo.

We just have to wait and see what the “Sport” means in the title. It could mean that the game is more focused on real-life racing tracks with sports cars like the ones featured above.

Gran Turismo Sport will be released later this year exclusively for the PS4. The game will be compatible for the PlayStation VR headset too.