New Life is Strange: Before the Storm Gameplay Revealed

The latest news in the world of video games at Attack of the Fanboy
August 3rd, 2017 by Dylan Siegler 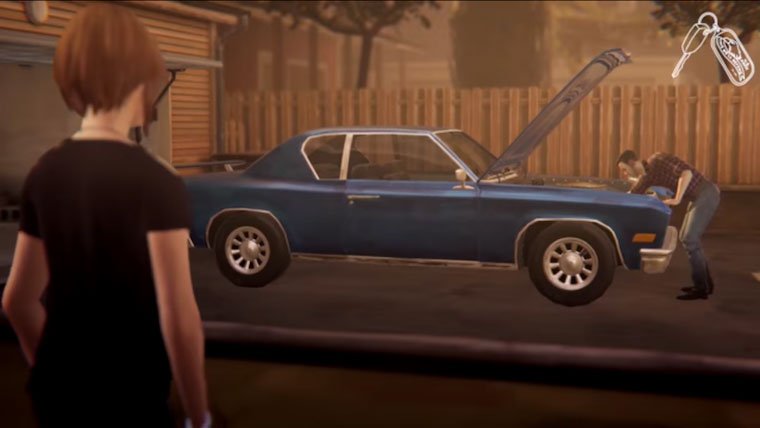 The first episode of the upcoming prequel to Life is Strange, entitled Life is Strange: Before the Storm, is coming out at the end of this month, on August 31. Recently, a new video was uploaded onto the official Life is Strange YouTube channel (actually, three videos were uploaded, each with a different rating for the game depending on which region you’re from, but the videos themselves are all the same) that shows new gameplay from the first episode.

The video starts with Chloe, Before the Storm‘s playable character, lying in her bed surrounded by her teenage angst. As the title comes up, we can see that the title of the first episode will be “Awake.” We learn that this scene takes place the morning after the concert scene from the first gameplay video. Chloe’s mom calls her downstairs, so Chloe decides to change clothes so her mom can’t smell the cigarette smoke on her. Immediately, you can see the effects (minor as some may be) that your choices will have in the game. If you chose to steal a Firewalk shirt form the concert the night before, you will now have the option to wear that shirt as you decide what clothes to change into.

Once Chloe gets downstairs, we see that receiving texts from other characters will be a mechanic in this game, just as it was in the first Life is Strange. When Chloe walks outside, we see the raven that we saw in the first gameplay video as well; this recurring raven seems to be important for some reason.

The point of focus in this new gameplay video, however, is Chloe’s interaction with her step-dad David. Actually, at the point that this game takes place, I don’t think David is even her step-dad yet, just the guy her mom’s dating. Either way, they’re at each other’s throats the moment they see each other. What’s interesting, though, is that their relationship isn’t as developed as it is in Life is Strange; what you see in this video is just the beginning of what ends up being a messy relationship. Chloe already hates David with a passion, but David at least makes an attempt to get along with her. For the most part, Chloe refuses and the player doesn’t get a choice in the matter. This kind of thing is what worries me, as the lack of real choice in a choice-based game is what I think is the biggest potential problem facing the game. You do at least get to decide whether you want to fist-bump David at the end of the conversation or not.

Life is Strange: Before the Storm is currently available for pre-order for Xbox One, PlayStation 4 and PC.