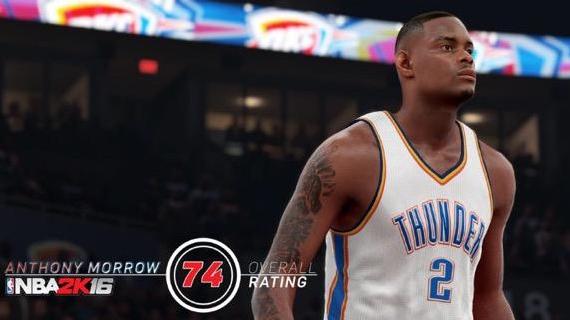 The new player ratings were revealed via the publisher’s many social media accounts. No big stars were shown for this week, although it’s interesting to see what the game thinks of each player.

The new NBA 2K16 player ratings are: “Anthony Morrow from OKC (74), Myles Turner from the Indiana Pacers (73), Stanley Johnson from the Detroit Pistons (73), Cameron Payne from OKC (72), Devin Booker from the Phoenix Suns (72), Devyn Marble from the Orlando Magic (67)”

None of these player ratings should be considered controversial. These players are not the best in the league, so people won’t be up in arms that they are rated too low.

Kobe Bryant fans were upset a few weeks ago when he only received an 85 rating for NBA 2K16. This is the lowest rating he has ever received in NBA 2K history.

Kevin Durant is another big star that received a rating too. He has an overall score of 91. This is slightly lower than what he got last year. Both Bryant and Durant were injured for the 2014/2015 season anyway.

It will be interesting to see who the best current player is in NBA 2K16. There’s a good chance that Stephen Curry earns that nod since he and the Golden State Warriors won the NBA Championships this year.