The latest news in the world of video games at Attack of the Fanboy
November 7th, 2015 by William Schwartz 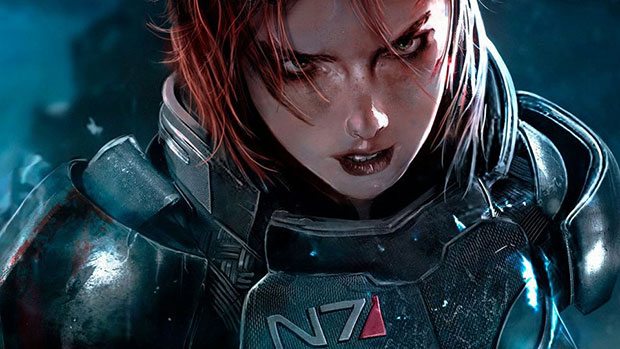 A new Mass Effect Andromeda video has been released by Bioware for N7 day.  In it, Commander Shepard, the hero from the original Mass Effect trilogy talks about humanity’s push into the unknown universe.  It’s also an address that passes the torch to a new character for the franchise, all but confirming that old characters will not be returning for this next installment in the series.

“We will say goodbye and you will look back one last time and know, that wherever you go, we will be with you,” reveals narration from the female version of the popular Mass Effect character.

Bioware  still hasn’t revealed all that much about Mass Effect: Andromeda other than teaser trailers thus far. However, with a 2016 release date assumed for Mass Effect Andromeda, that should be changing in the near future.

Bioware’s next installment for the series will arrive on PC, PS4, and Xbox One but concrete details on the timing for the release of the game is pretty much unknown at this point.

The good news is that Bioware released something to celebrate N7 day.  Recently, the developers told fans not to expect too much from today.  So when should we be getting more Mass Effect Andromeda news?  Apparently Yanick Roy of Bioware revealed last month that the developer has been stockpiling news for the game until the Winter.