The latest news in the world of video games at Attack of the Fanboy
June 25th, 2015 by Dean James 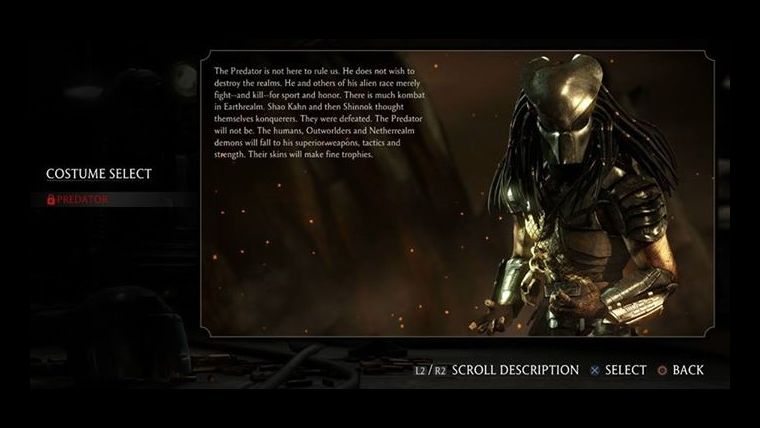 Mortal Kombat X has been out for a few months now and has given fans of the series plenty of hours of klassic Mortal Kombat action. We’ve already seen the addition of two DLC characters, in addition to the pre-order bonus Goro, but now a new patch update is out that brings us details of the upcoming Predator DLC pack, along with new stage brutalities and a new Klassic skin.

Just like we got ahead of the last two DLC character packs from the Kombat Pack, the latest patch update for Mortal Kombat X hid some details of the Prey pack that will be bringing Predator. Thanks to a member of the TestYourMight forums, images of not only Predator, but the three DLC costumes that will be coming alongside him that include Carl Weathers Jax, Commando Johnny Cage, and Infrared Scorpion.

The patch itself has added a lot to the game as well the ability to turn off auto saving of Match Replays, which would be uploaded to the cloud servers and take up way too much of your space. The DualShock 4 can now be turned off upon the pairing of a fightstick and users can leave a King of the Hill game as king without taking a loss.

There have been many character specific fixes for tons of characters, as well as the addition of new stage brutalities. The patch notes say these brutalities are “secret” for now, so we’ll have to find them for ourselves.

Just for downloading this patch, you will also receive yet another free Klassic skin, this time for Scorpion. This has been a much requested character skin, so it is great to see it added.