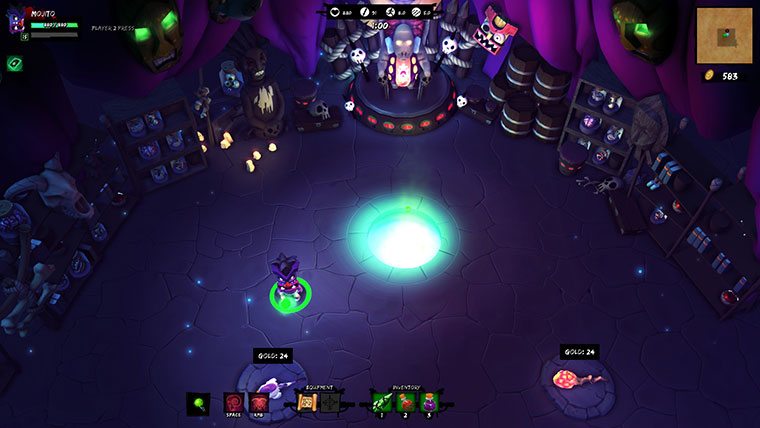 Nicalis, the developers behind the popular The Binding of Issac, are making a new roguelike game, called Full Mojo Rampage.  The game is coming to PlayStation 4 and Xbox One and was announced on the eve of PAX Prime.  Full Mojo Rampage will launch in 2016 according to the announcement.

A brief description reveals that the game features four player online gameplay, where players will fight their way though the world to collect mojos and shrines of powerful gods called the Loa.  Each of these gods can grant different powers, but they hint at a twist for those who are power hungry.

You can play with up to three of your friends in cooperative or competitive gameplay.  You can choose to cooperate and progress together, sabotage others, or challenge them in versus modes like Capture the Flag, Deathmatch, or a mode called King of Mojo.

Full Mojo Rampage will feature randomly generated items, character leveling, 3D levels which the developer touts that no two playthroughs will be the same.  Can Nicalis catch lightning in a bottle once again like they did with The Binding of Issac?  We’ll have to wait and see.

Full Mojo Rampage does not have a definitive release date other than ‘later this year.’  You can check out the announcement trailer below.