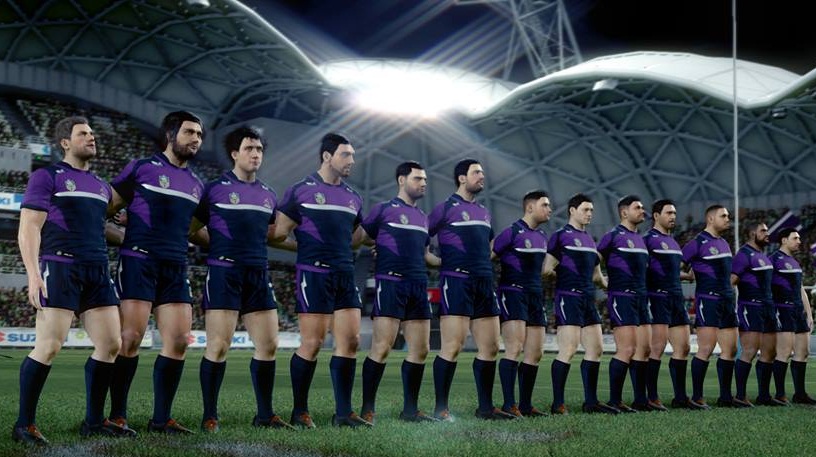 Rugby League Live 3 is the first in the series to make its way to the PS4 and Xbox One consoles. It will also be released for the PC, PS3 and Xbox 360 too.

Looking at this one screenshot, Rugby League Live 3 is looking pretty good. It looks far more revolutionary than the atrocious Rugby 15 video game that was released late last year. That game had PSOne graphics, even though it was released on the PS4 and Xbox One too.

The Rugby League Live 3 screenshot shows the Melbourne Storm as they stand inside AAMI Park. It appears developer Big Ant Studios replicated the look of the stadium pretty well. Hopefully some new gameplay footage surfaces soon so we can see the graphics in more detail.

Rugby League Live 3 has full licenses and features over 100 different teams. Some of the competitions included in the game are the NRL, Super League, Toyota Cup and more.

Rugby League Live 3 will also have some impressive graphical features such as a day/night system plus dynamic weather. The game also has rain that occurs midway through a match too.

Rugby League Live 3 will be out later this year.