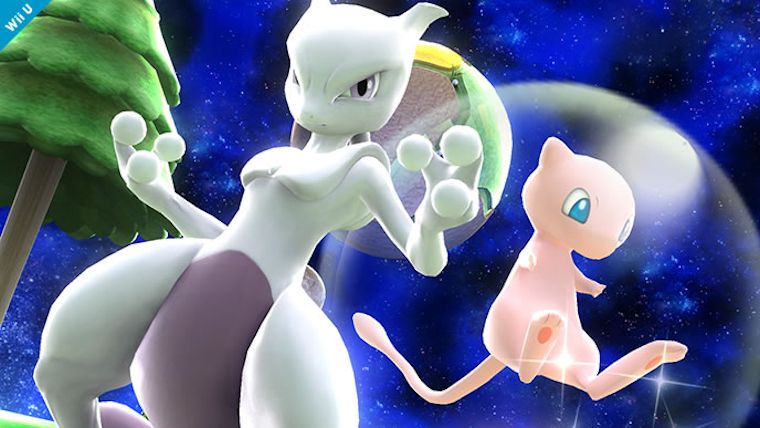 Super Smash Bros. for Wii U and 3DS finally saw the addition of the much awaited Mewtwo last week alongside a new update that also brought some other changes, including a few more 8-player stages. Soon after the new update went live, many people noticed a major bug, but now Nintendo has quickly responded with the latest patch for the game.

The glitch itself involved the returning veteran Mewtwo, as there were numerous reports of him corrupting something in the game’s save data. Those who used Mewtwo in the game’s 10-Man Smash were basically unable to then go online, being constantly told “You have been disconnected because of irregular save data.” There were also reported issues of glitches involving custom moves with Mewtwo as well.

Super Smash Bros.’ update 1.0.7 is now available for Wii U and 3DS that fixes these Mewtwo related issues. The Wii U update is 21 MB while the 3DS update is 1,715 blocks, so neither one will take up a ton of room. The much larger updates like the one preceding the Mewtwo DLC was much larger, but this appears to just be fixing the bugs.

Now those that wanted to play with Mewtwo throughout all of the game modes in Super Smash Bros. can do so without any worry of being prevented from playing online, as long as you download this latest update.