The Legend of Zelda: Breath of the Wild Amiibo Will Cost More Than Usual

The latest news in the world of video games at Attack of the Fanboy
January 15th, 2017 by Dean James 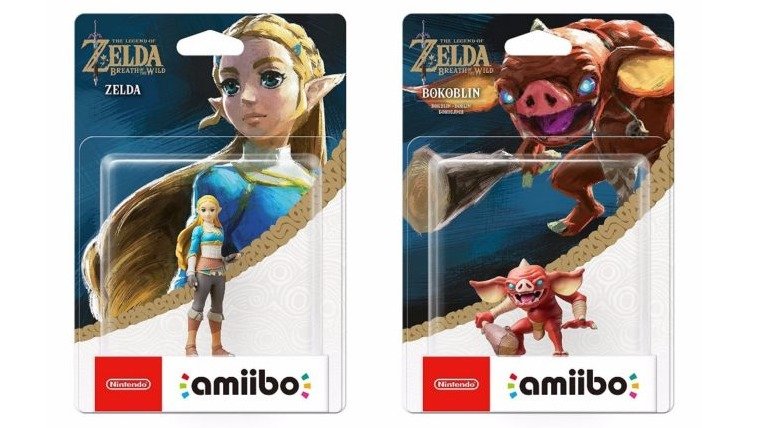 The Nintendo Switch presentation held this past Thursday official revealed that Legend of Zelda: The Breath of the Wild would be launching alongside the release of the Switch on March 3 to the joy of fans of the series. This also meant that the previously announced amiibo based on the game would also be coming on that date, along with two additional ones as well, though all are coming at a higher than usual price.

Back at E3, a few different The Legend of Zelda: Breath of the Wild were announced, which included Link (Archer), Link (Rider), and Guardian. We hoped there would be more and we got our wishes with the awesome looking Zelda and Bokoblin amiibo that were revealed last week.

We’ve seen plenty of Bokoblins throughout the different gameplay sessions shown off since E3, but Zelda herself was only fully unveiled during the new trailer this past Thursday. As one that loves her latest design, I absolutely can’t wait to add not only her, but also the Bokoblin to my collection.

Since the initial announcement of these additional amiibo to the Breath of the Wild line, we have also received actual box art for the two as well, which can both be seen above courtesy of Nintendo Everything.

These amiibo based on The Legend of Zelda: Breath of the Wild are more expensive than your typical amiibo. We knew the Guardian one would have to be due to it’s size, with its suggested retail price being $19.99, but the rest are more expensive too.

According to the Nintendo, the Link (Archer), Link (Rider), Zelda, and Bokoblin amiibo all cost $15.99, which is more than the typical $12.99 price point for most amiibo. Previously, the more expensive ones were like the Yarn Yoshi or something, so it’ll be interesting to see if this is a trend or not. Currently Best Buy is the only retailer you can pre-order them at in the US, but these are bound to go up at retailers like Amazon soon as well.

Home / Game News / The Legend of Zelda: Breath of the Wild Amiibo Will Cost More Than Usual