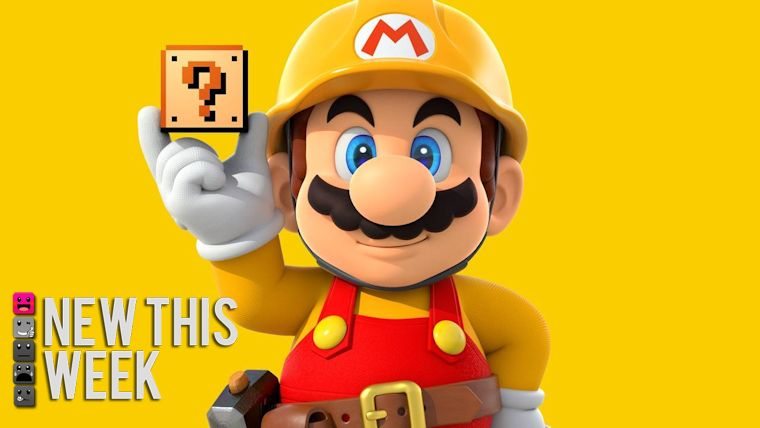 The number of games that are new this week have definitely taken a little bit of a dip from the last two weeks, which were jam packed with a pretty incredible amount of games. There are still a few big titles worth checking out though, including a couple first party outings to whet our appetite for the coming weeks.

The big release on Tuesday is the PlayStation 4 remake of Tearaway, which actually has gotten a retail release this time around as well under the name Tearaway Unfolded.

Tuesday also has a bunch of random PlayStation 4 digital games, as well as two 3DS games in retail with Hatsune Miku: Project Mirai DX and Are You Smarter Than A 5th Grader?

While Tuesday has plenty of Sony releases, Wednesday has a number of Xbox One digital releases, including Castle Crashers Remastered and Onigiri.

The biggest release of the week however does not come until Friday, courtesy of Nintendo. Super Mario Maker was first announced at E3 last year and is finally out, giving players the opportunity to make their own Mario levels and play others that are uploaded online.

Check out the full list of new releases below of what you can expect to be released the week of September 6th through September 12th.