The latest news in the world of video games at Attack of the Fanboy
April 6th, 2017 by Joel Santana 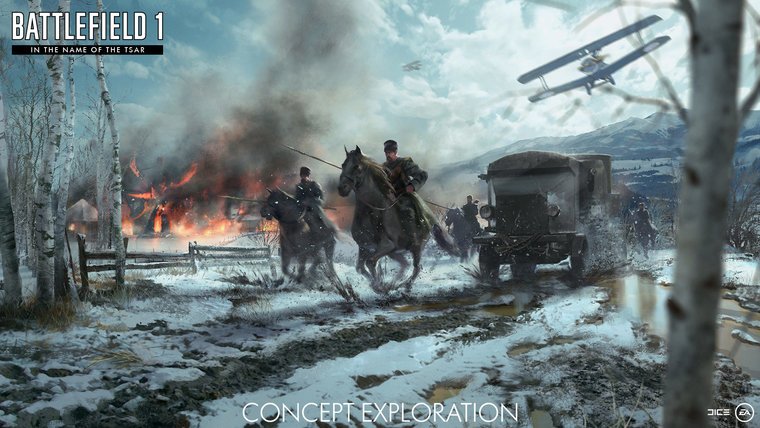 With Battlefield 1’s first expansion DLC, “They Shall Not Pass” in the hands of the public as of March 28th. DICE, the studio responsible for the Battlefield franchise has already started giving small details of the next expansion to hit Battlefield 1 which will focus a bit more on the bitter cold in the eastern front.

This, of course, means a bit of a closer look at the “In The Name Of The Tsar” expansion for the World War 1 shooter. As according to the latest The Road Ahead update from their official site, the second expansion will see the Battlefield 1 players fight along/against the Russian army and experience the brutality of combat in the freezing cold of Russia’s Winter.

Alongside the small details of what to expect from the In The Name Of The Tsar expansion, DICE has released three concept images regarding the upcoming dlc that gives us a small visual of what’s to come.

You can view them below: 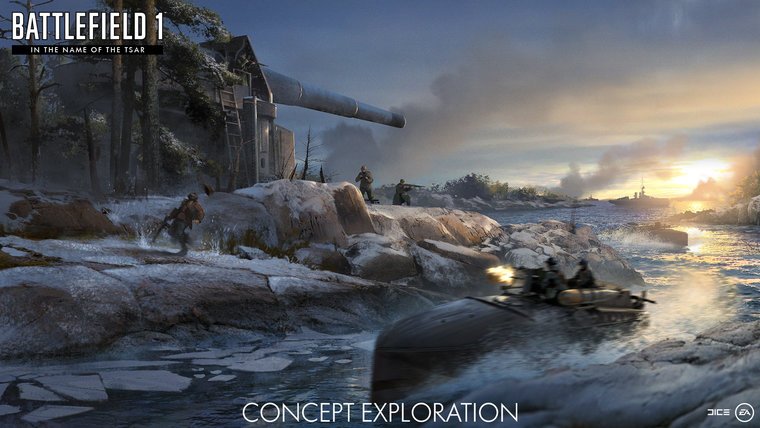 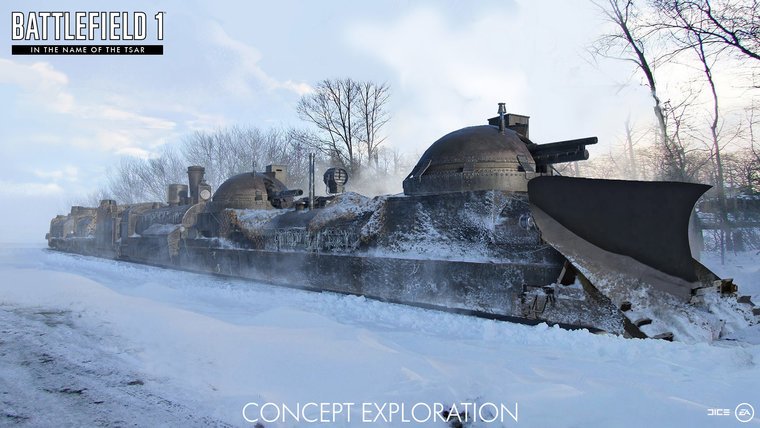 From the looks of things of the released concept art, it appears that Battlefield 1 players will be getting their wish of getting some type of snow maps added to the game.

Aside from the first look of the next expansion, DICE has also revealed a bit of more information on what’s to come with the Spring update that will be available soon. Such as the highly requested feature “Platoons” finally making it’s way to the game, which is essentially Battlefield’s version of the clan system.

You can also expect the following to be added alongside the Platoon feature once the Spring update is available in the near future:

Battlefield 1 is currently available for the PC, PlayStation 4 and Xbox One platforms. For those who are Premium members will also receive In The Name Of The Tsar two weeks earlier and every other expansion DLC included as well.