Yes, the game is actually adding Zombies vs Aliens. 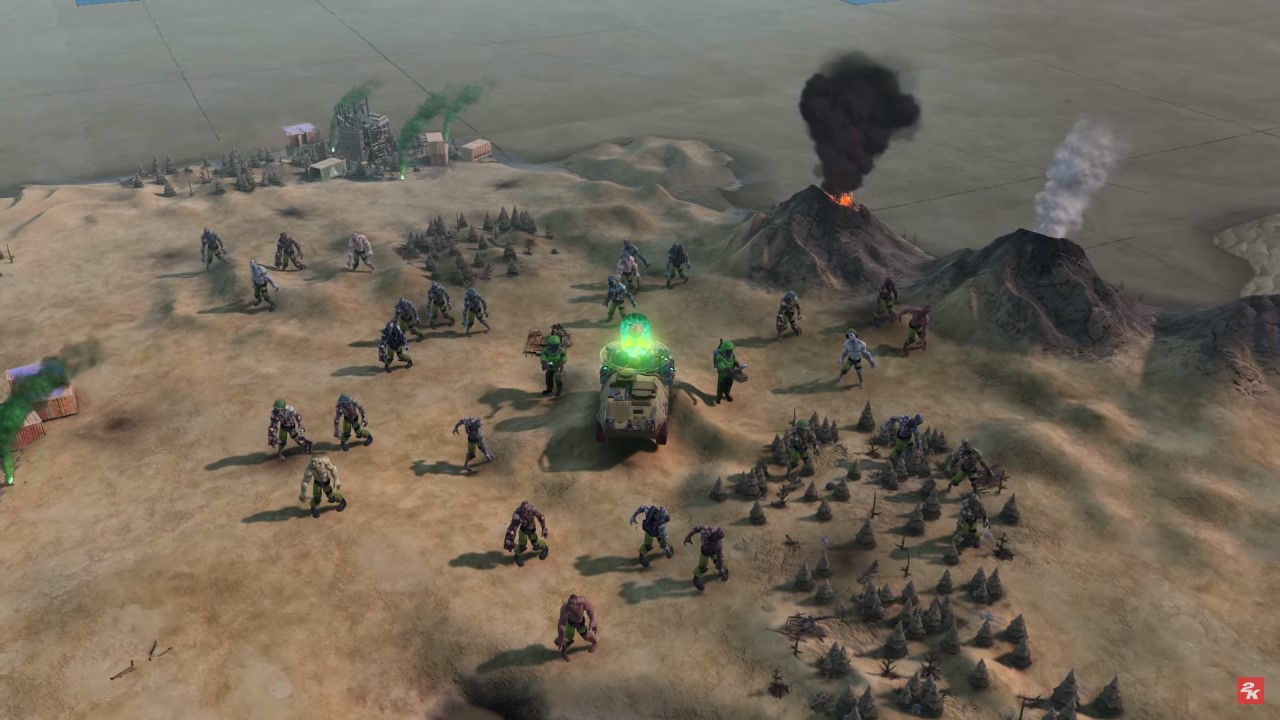 It’s strange to think Civilization VI was free less than a month ago on the Epic Games Store, but that doesn’t mean Firaxis has stopped updating the game. While there’s still time between now and the next Frontier Pass update, today the team announced what would be included in their upcoming Free Game Update.

Thanks to the team working from home the announcement video was plenty goofy, but that didn’t make it any less informative. For those of you concerned about balance the first four minutes were dedicated to you. Notable changes included exploit fixes for multiplayer (such as placing a second copy of a district within a city that already has one), alterations to Diplomacy victories (no more ruining the planet for free aid and points, and you’ll now only lose two Diplomatic points from World Congress votes instead of three), and general balancing adjustments (the Warrior Monks belief will now allow Holy Sites to culture bomb adjacent tiles when they finish construction).

The video was capstoned with a couple of fun additions to Red Death on PC, now officially entering Season Two (Red Death is Civilization VI’s post-apocalyptic battle-royale mode, but don’t write it off). Soon players will be able to take control of either the Zombie or Alien civilizations, both possessing unique bonuses that will surely make them a pain to deal with. Zombies create more zombies from defeated units (naturally), and take damage every turn as they fall apart (also naturally, I guess). Aliens are all about stealth, making them excellent for sneak attacks.

But, the best news for Red Death was saved for last: Sean Bean has finally been given lines to voice, so now players can see who’s the last Civ standing to the soothing, dulcet tones of his voice. Honestly, at this point Sean Bean is as integral to the Civilization experience as the Civs themselves. The update will go live June 25th, but keep an eye on the official Civilization VI website for further information leading up to release.