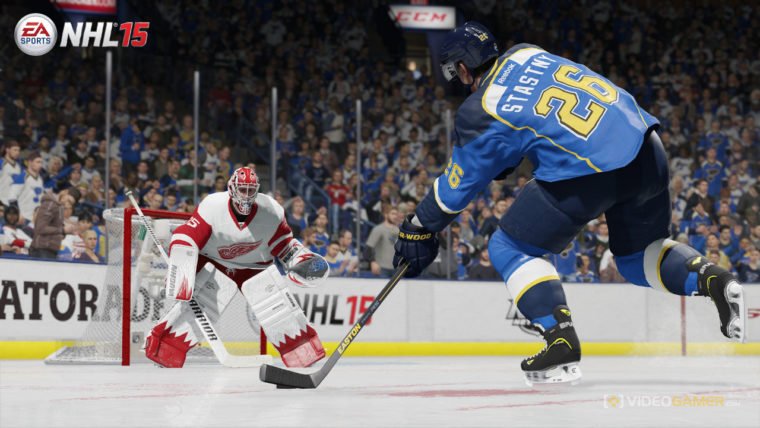 EA Sports has revealed the full list of game modes that will be available on release day for NHL 15. With this being the first NHL game on the new consoles there was worry that some past game modes might not make the cut, or the game would lack the usual quantity. The announcement today helps clear up the confusion and questions, but with two major game modes missing the cut it is debatable whether that is a good thing. The list of game modes available in NHL 15 on launch day is:

The two major exclusions from this list are the EA Sports Hockey League and Online Team Play, which were both featured in past NHL games and presumably will be available on the last-gen versions. Luckily Online Team Play is already scheduled to be added to the game, with EA Sports saying “OTP will be rolled out as part of our NHL 15 content update program. We’re close to having it done, but our priority is to deliver a quality experience that’s stable for you, the players, and we still have some testing work to do. We’ll have more information for you on the schedule closer to launch.”

When and if EA Sports Hockey League will return is a bit more muddied at the moment. From what is said in the blog post it looks like it will totally skip NHL 15, but return with future releases. “As a franchise, we’re 100% committed to the EA SPORTS Hockey League. While we can’t deliver EASHL in NHL 15 on the Xbox One and PlayStation 4, we have huge plans for the mode in future iterations of the game. We will be putting together a small EASHL committee made up of you, the fans, to ensure that we deliver an experience that is bigger and better than any of us would have imagined when we first introduced the feature in NHL 09.”

EA Sports regrets the decision to remove and delay these game modes, saying “decisions like this are never easy, nor do we take them lightly.” It seems like EA Sports simply ran into some issues with the transition to the new generation, which has happened before for many companies and will continue to happen in the future. Thankfully one mode will be released some time after launch day, but it looks like fans will have to wait for NHL 16 or beyond for EA Sports Hockey League to make a comeback.