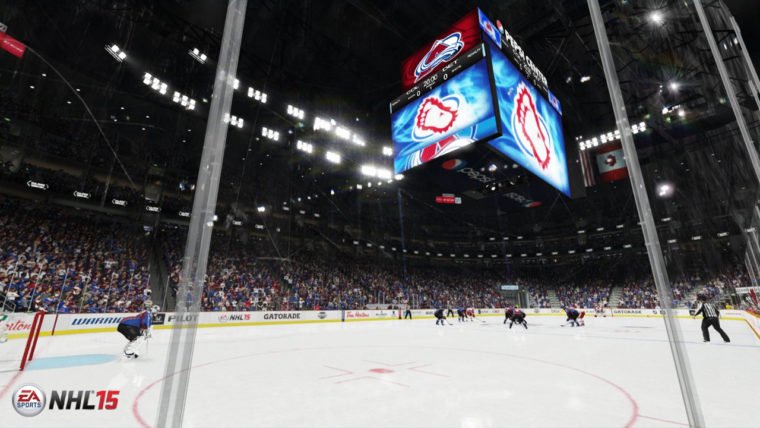 This new NHL 15 trailer, which is titled “Living Worlds”, EA Sports shows off some of the amazing stadiums and crowds that will feature in the upcoming game. Presentation has been a big element of EA Sports title over the last few years, with a heavy emphasis on TV-like presentation. This reaches a new level with NHL 15 and its enhancements in regards to the physical stadiums being recreated, and the crowds being simulated inside of NHL 15.

The video description says “Featuring Authentic Arenas, Living Crowds, and over 9,000 Individual Crowd Models you’ll feel like you have the best seats in the house.” The stadiums in NHL 15 are meant to totally recreate the real-life counterpart from the ceiling and big screen above, down to the cracks in the stairs. Take a look at the trailer and decide for yourself if they were able to accomplish their goal.

The PS4 and Xbox One versions of NHL 15 were recently revealed to be missing a couple of key features, such as EA Sports Hockey League. The “Living Worlds” of the stadiums might help make up for these exclusions though. NHL 15 will be released on PS3, PS4, Xbox 360, and Xbox One on September 9th.