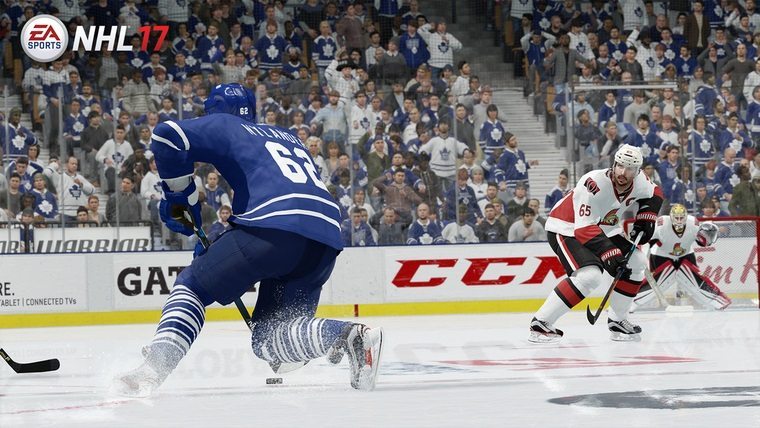 EA Sports has released update patch 1.03 for NHL 17 today. The full patch notes have been revealed for both the PS4 and Xbox One versions of the game.

You can download the patch now on PS4 and Xbox One. It’s not an overly huge patch, but it’s mandatory to download if you want to continue playing the game online. You can check out the full patch notes posted below.

Gameplay: Improved functionality to stick lifts in the open ice and during net battles.

General: Improved game stability online and offline based on some crash issues seen by the community

EA Sports Hockey League: –Addressed issues with EASHL Drop-in’s where captains on the Class Select screen couldn’t change player class or jersey selection.
-Added a roster download check on entry into EASHL to fix an issue where Creation Zone in EASHL wouldn’t load newly added jerseys or equipment.
-Resolution to a jersey issue seen by some users after they switched from custom uniforms to stock.
-Resolved issue where EASHL teams were not able to match up in regular season games after winning an EASHL Playoff Championship.
-Reduce the chances of the HUT Infinite load issue from occurring.
-Added additional telemetry logging to help us gather more information about the HUT infinite load issue.

EA Sports NHL 17 is out now for the PS4 and Xbox One. We’ll let you know in the near future if other updates are made to the game when new patches come out.