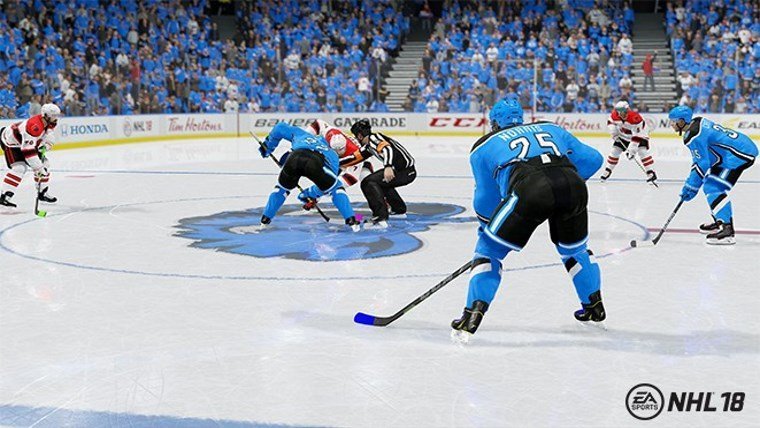 Are you a huge hockey fan who has to jump onto the latest release from EA Sports every single year? If so then you’re in luck because we finally have the first details about the NHL 18 beta, which will launch on Xbox One and PS4 on July 25th and run until August 1st. You can register for the beta right here, right now, so do so and then keep reading to find out what you’ll get to play.

The NHL 18 beta will include the following game modes: EA Sports Hockey League, NHL Threes, and Online Versus. These three modes should give players a decent look at what to expect from NHL 18 when it arrives on store shelves September 15th.

NHL Threes might be the new fan favorite mode as it makes some of the biggest changes to the series’ formula. Cutting down the number of players from the usual six on six, this mode makes it three versus three. EA promises that this new 3v3 mechanic will deliver “bigger hits, faster action, bigger plays, beautiful dangles and more goals. Inspired by fun, pick-up-and-play arcade sports games”

EA Sport Hockey League will also allow for the smaller team, arcade-style gameplay so check that out as well, if you make it into the NHL 18 beta.