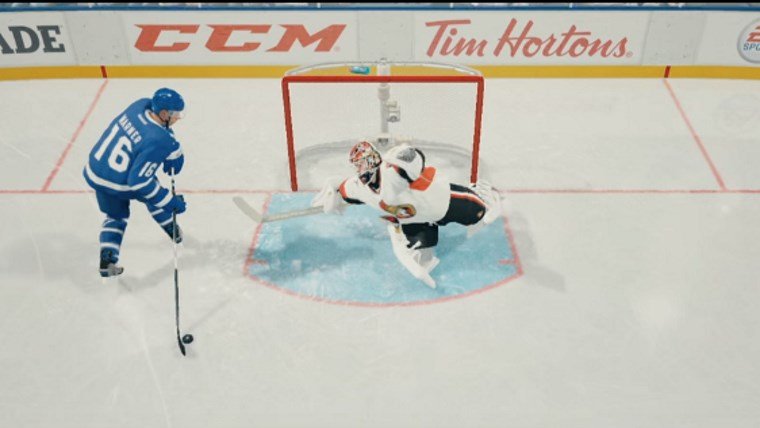 EA Sports has finally given fans their very first look at NHL 18, the latest entry in their annual hockey franchise. While this short teaser trailer is light on info, it serves to get people excited for the game and for the full reveal which is scheduled for June 21st.

NHL 18 is set to hit PS4 and Xbox One later this year, some time in the Fall. The full reveal trailer will be shown off at the NHL Awards in Las Vegas. According to EA Sports that trailer will also reveal the cover star, final release date, and much more.

EA’s NHL series has been shaken up in recent entries. The transition to the current generation of consoles saw some feature loss from the previous entries, causing some severe fan backlash. The follow up to that entry did go far in fixing the problems though, and NHL 18 might be the biggest and best game in the franchise so far.

Watch for the full reveal later this month for more details on what features have made their way into the game, and get ready for the game’s final release later this year. NHL 18 will hit PS4 and Xbox One in Fall 2017.