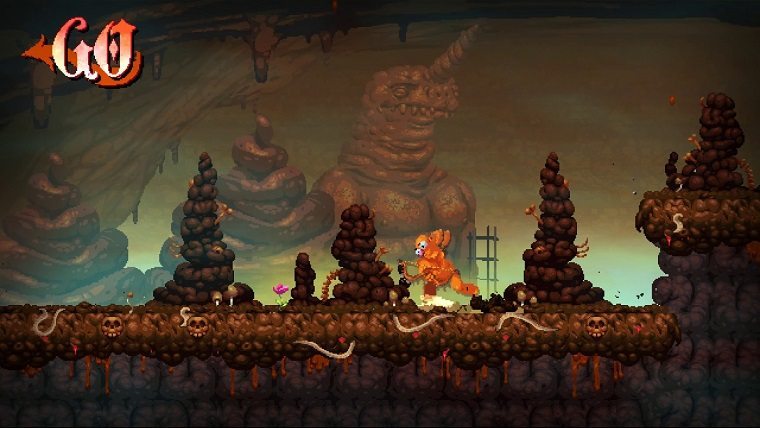 Earlier this year we learned that Nidhogg would be getting a sequel that featured a brand new art style, but at the time the game was only confirmed for a PC release. Well, today developer Messhof has revealed that the game will also be coming to PlayStation 4 when it launches next year.

“For those of you who don’t know about Nidhogg, here’s the basic idea: two players face off with swords,” reads the PlayStation Blog announcement post. “Win the duel and you can run ahead toward your side of the screen. Watch out, because your opponent will respawn in front of you and try to take back control of the camera. Make it all the way to the end to sacrifice yourself to the flying worm called Nidhogg!”

The blog post also goes on to discuss the ways that the developer has improved upon the game, detailing the dramatic shift in art direction. They said that they “wanted to flesh out the world of Nidhogg and for us that meant a total graphical refresh. We were able to find a super talented artist, Toby Dixon, who totally understood the goofy grotesque vibe we were going for.”

They also revealed that the game will be getting a sneak preview at this weekend’s Day of the Devs in San Francisco. Nidhogg does not currently have a specific release date, but it’s slated to launch in 2017 for PlayStation 4 and PC. Check out the PlayStation 4 announcement trailer below.