The latest news in the world of video games at Attack of the Fanboy
February 3rd, 2017 by Mike Guarino 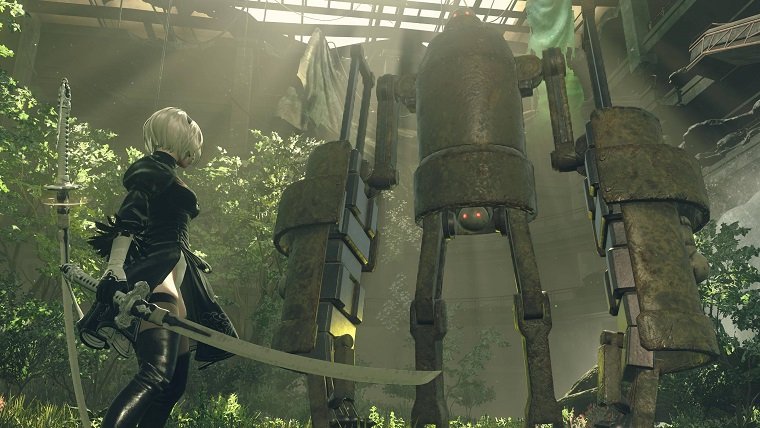 We won’t have to worry about NieR: Automata getting delayed, as today it has been announced by publisher Square Enix that the game has gone gold. The news was shared via Twitter by producer Yosuke Saito, who actually noted that the game went gold a long time ago and they are only now just making the announcement.

For those who are unfamiliar with the game, “Humanity has been driven from the Earth by mechanical beings from another world. In a final effort to take back the planet, the human resistance sends a force of android soldiers to destroy the invaders. Now, a war between machines and androids rages on… A war that could soon unveil a long-forgotten truth of the world.” It’s actually a spin-off of the Drakengard series that began in 2003, being the sequel to 2010’s Nier that stemmed from Drakengard’s fifth ending.

The game features action-packed battles that have you switching between melee and ranged attacks, which will be used against hordes of enemies and epic boss encounters. The game is developed by PlatinumGames, so the chances are that the combat is going to be top-notch. However, there will also be RPG elements to the game, as you’ll level up in battle and acquire a variety of weapon types and combat skills.

There’s also a free demo of the game that is downloadable through the PlayStation Store, which gives a good taste of what to expect from the full game. It’s about 30 minutes long and has you controlling protagonist 2B, who is accompanied by her teammate 9S as they battle enormous machines. It’s definitely looking interesting so far, and hopefully it pans out into another fun action game from PlatinumGames.

NieR: Automata will launch for PlayStation 4 on March 7th, though the PC version of the game still does not have a firm release date.