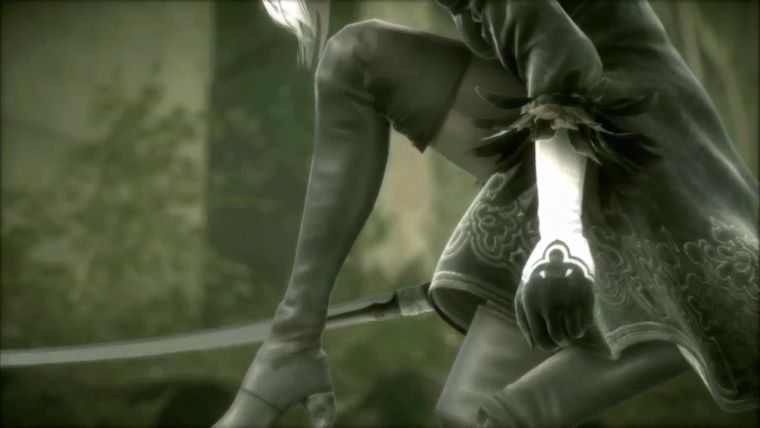 Five years after the release of Nier, rumors had been swiling that a sequel might be coming in the future. That has come to fruition in the Square Enix E3 conference as a sequel to Nier has been announced.

No official title was revealed as some text showed Nier and then cut out. We see a major focus on the environments rather than characters. However, at the end we do get a look at a female character.

The trailer shows her and then goes with a zoom in on her face as the trailer ends. It says that we will see more about the game in Fall 2015, so it’s likely we’ll see more at the Tokyo Game Show.

The big news is that PlatinumGames is being involved this time, which is one of the hottest developers in the business right now. Hopefully they are not being stretched to thin though with all their games.