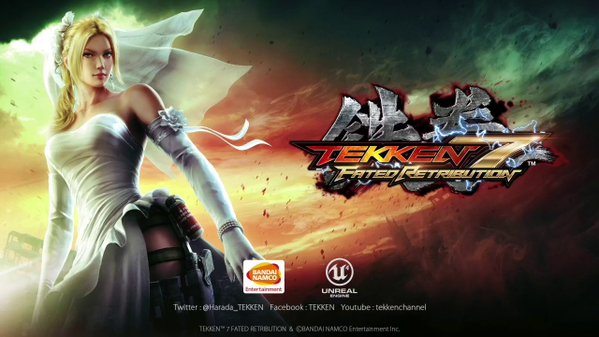 Bandai Namco has now confirmed finally that Nina Williams will be featured in Tekken 7: Fated Retribution. She was confirmed during a stream hyping up this years’s EVO 2016 event.

An interesting part of the video is Nina’s attire in Tekken 7: Fated Retribution. Normally she wears assassin style of clothing. Here in this new game, she is wearing a bridal gown. It’s likely she will have other types of clothing, but it’s quite funny seeing her fight in a dress like that.

It will be interesting to see if the bridal gown means the character is getting married to someone in the storyline. It’s more likely just an attire, but it would be funny if she decided to actually settle down and have a husband.

A trailer was released so you can look at her move sets. The character model looks great in Unreal Engine 4. Her Rage Arts finishing move looks awesome too. Every character has access to this when their life bar is near its depletion. This is a new feature for Tekken 7.

With Nina confirmed, this might mean that her sister Anna Williams is not too far behind. The two sisters have a rivalry that spans multiple games. Anna might be confirmed at a later date.