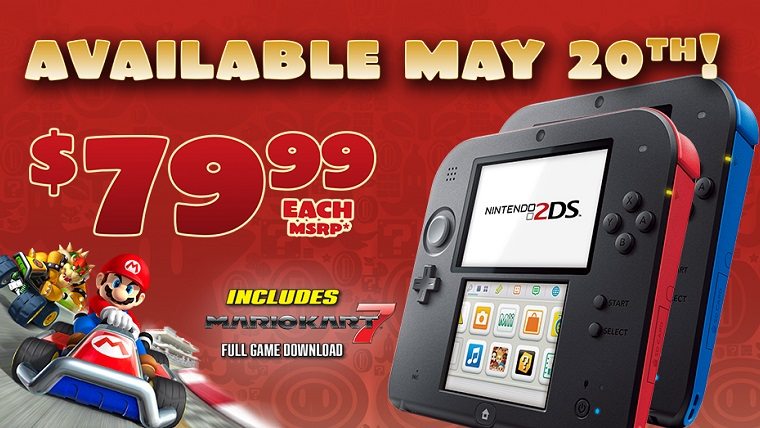 The more kid-friendly version of Nintendo’s latest portable console, called the 2DS, has just received a decent price drop that is permanent. The “entry point to the Nintendo 2DS and Nintendo 3DS games and franchises” has dropped its price from $99 to $79, which will go into effect on May 20th.

The more basic version of the console that nixes the 3D option and features an altered design originally launched in 2013, which was largely created in order to offer younger gamers an option that wouldn’t hurt their eyes due to the 3D effect.

A lot of these systems also come pre-installed with Mario Kart 7, which is a fantastic game and makes this overall package even more appealing for parents looking to get their kids something cool. There are also two new kid-friendly games that were announced to be coming to 2DS and 3DS later this year, which are Style Savvy: Fashion Forward and Disney Magical World 2.

The Nintendo 3DS has continued to do well in the sales department for Nintendo, selling nearly 60 million units up to this point. The system also got the well-received Hyrule Warriors Legends and Fire Emblem Fates earlier this year, with some other big titles currently on the horizon.