The latest news in the world of video games at Attack of the Fanboy
January 26th, 2017 by Joanne Choi 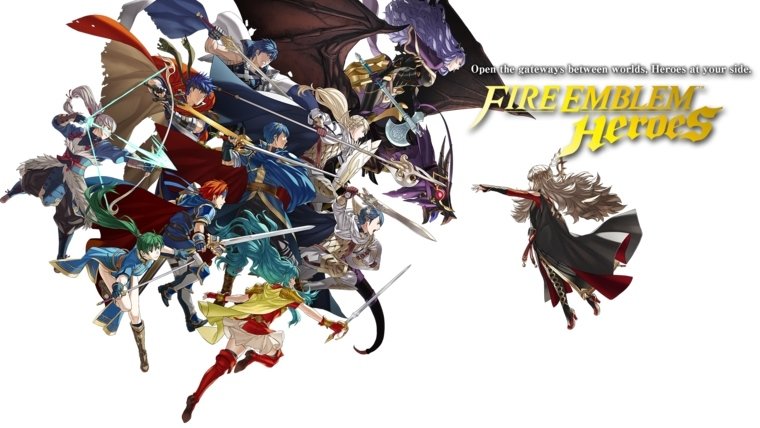 Nintendo Mobile recently launched a new trailer introducing some of the playable characters in upcoming mobile game Fire Emblem Heroes.  Titled ‘Heroes and Heroines’, the clip highlights notable characters from the original Fire Emblem game, Fire Emblem Fates: Birthright/Conquest, Fire Emblem: Awakening,  like the Peerless Samurai, Ryoma the eldest of the Hoshidan Royal family with returning voice actor Matthew Mercer.  Next up is Tharja a dark mage, followed by Frederick a noble knight.  Azura, a favorite among the Birthright/Conquest titles debuts in the mobile entry healing her allies, not to mention Elise a princess of the Nohr clan in Conquest.  Nino and Linde skilled mages from the original game, Jeorge a sniper ready to take down any opponent in his sight.  Lastly, Lilina a mage offering support to fellow teammates.  More characters will likely be announced as the release date approaches.

Similar to Final Fantasy Record Keeper, the characters’ appearances are illustrated in cute chibi form, showing off their signature moves in battle.  In terms of the gameplay, it seems the mobile version will be keeping the traditional turn based tactical-role playing format.  Allowing players to obtain special items and upgrade their weapons, acquire unique magic spells, and level up characters as seen in the original series.  In addition to unlocking playable characters available through summons.

Initially released in 1990, the Fire Emblem series is set during the medieval era where knights, nobleman, prince and princesses rule the land.  Branching off to various sequels, spin-offs and remakes due to much popularity, this will be the first ever mobile game introduced in the franchise.  Upon announcing the game during Fire Emblem Direct, a contest is being held now through January 31, as players get to vote their favorite characters to be featured in game.

The mobile version will be available starting February 2 for iOS and Android respectively.