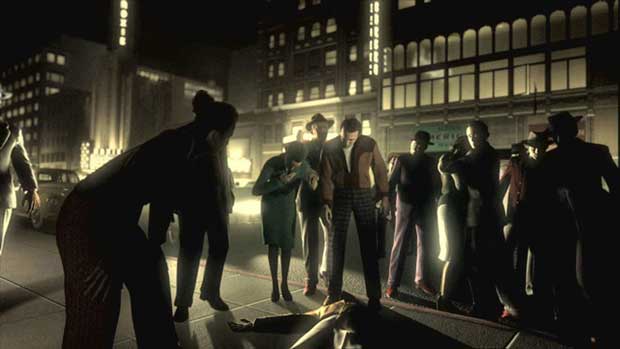 LA Noire may seem like the perfect candidate for use with the new motion controllers on the PS3 and Xbox 360, but it wasn’t the most viable option for the game as according to Rockstar.  In a recent interview, Jeronimo Barrera says that the team decided against the inclusion of the motion controllers because it wasn’t “the best way to get our vision across” for the title.  Barrera didn’t rule out motion controllers for future Rockstar titles though.

“And for Rockstar Games , if the best way to get our vision across is motion control, we’ll use it,” he said. “But that all came along during the development of L.A. Noire and we didn’t want to shoehorn it in.”

LA Noire will be available on May 17th, and follows Detective Cole Phelps as he rises through the ranks of the Los Angeles police deparment in the 1940’s.  Using all of your available faculties, you’ll be tasked with solving a series of grizzly murders.