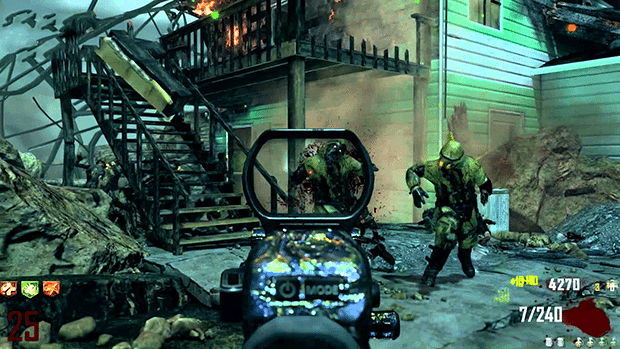 Black Ops II Season pass holders can now access the Nuketown Zombies map, which was recently exclusive to the game’s Care Package, Hardened, and Digital Deluxe purchasers.  Priority goes to Xbox Live season pass holders first, but if you’ve already purchased one of these collector’s edition products, you should be able to already access the content.

The Nuketown Zombies map puts players smack dab in the middle of a ravaged Nuketown from the original Black Ops, except instead of fighting off incessant grenade spam, you’ll be fighting off an undead horde.

Season Pass holders are also expecting their first batch of multiplayer content for Black Ops II in 2013.  Treyarch and Activision have yet to announce what that will entail, but it’ll likely include a variety of multiplayer map packs and zombies maps for the shooter.