The latest news in the world of video games at Attack of the Fanboy
February 28th, 2017 by William Schwartz 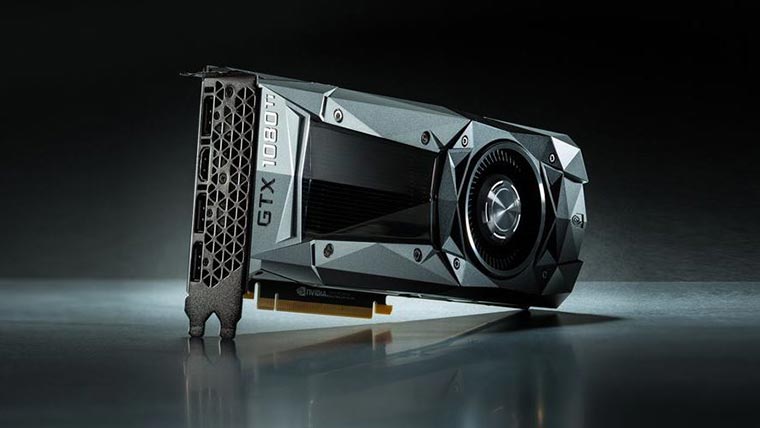 Today Nvidia took to stage to reveal the GTX 1080 Ti at the Game Developers Conference in San Francisco, touting it as the fastest gaming GPU ever made.

It wasn’t incredibly surprising that Nvidia announced the GTX 1080 Ti, but it’s reveal boasts it to be the most powerful graphics card in the Nvidia family, including the Titan X while hitting a lower price point.  Coming in at $699, the GTX 1080 Ti  has all the power of the Titan X with 3,584 CUDA cores and 11GB of GDDR5X.

On the outside, the GTX 1080 Ti looks much like its predecessor, the GTX 1080.  It has, however, been redesigned in terms of power supply and cooling.  The real kicker is that the card which will only be moderately priced higher than the GTX 1080 will see a 35 percent performance boost in terms of speed, bigger than the jumps to Ti in both the 780 and 980.

Made to handle anything 4K gaming and Virtual Reality can throw at it, the GTX 1080 Ti is coming out much sooner than you think.  The card is slated to arrive next week on March 10th per the announcement and reveal by Nvidia.

Pre-orders for the GTX 1080 Ti will go live on March 2nd at 8am Pacific Time on nvidia.com.  As usual, the company will partner with multiple companies for many different variations on the card.  Some listed include: Asus, Colorful, EVGA, Gainward, Galaxy, Gigabyte, Innovision, MSI, Palit, PNY, and Zotac.