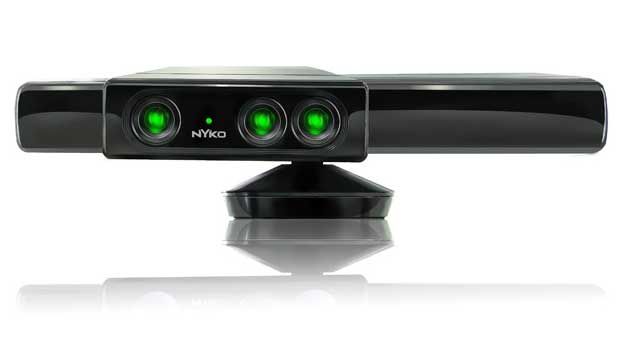 At one point or another, every Kinect user has been forced to deal with the infuriating issue of making enough space in their house/tiny apartment in order to have ample room to furiously wave their arms as if they suffered from epilepsy. Generally, this is accomplished by moving furniture and other household necessities, most often to the dismay and severe disapproval of your significant other. Thanks to Nyko Technologies, one of the world’s top gaming peripheral manufacturers, couples now have one less thing to get pissed off at each other for.

It was announced today the Nyko Zoom for Kinect will be available in stores and online August 23 for a retail price of $29.99. The Zoom was a subtle hit at this year’s E3 2011 and was nominated for Best Hardware in Show by IGN, GameSpot, Machinima and G4’s X-Play. With a series of proprietary lenses and a simple clip-on design, the Zoom lets players enjoy Microsoft Kinect games in 40% less space and requires no additional power or batteries. It’s a perfect add-on for Kinect owners with small apartments, dorms or living rooms. The Zoom will enable two people to play Kinect in a space that would otherwise only accommodate one person and it will be compatible with all Kinect games.

With the design and technology innovations achieved by the Zoom, Nyko is currently the manufacturer of the first and only space reduction lens for the Kinect. Chris Arbogast, director of marketing at Nyko Technologies, expressed the company’s satisfaction with the upcoming product:

“The success of the Zoom at E3 was outstanding and we are incredibly excited to help expand the already thriving fanbase of Kinect gamers, allowing even more people to enjoy the thrills of being the controller. We are also proud to be working with all of our retail partners on our first ever simultaneous national launch for an accessory. Come August 23rd you will be able to find the Zoom on store shelves everywhere.”