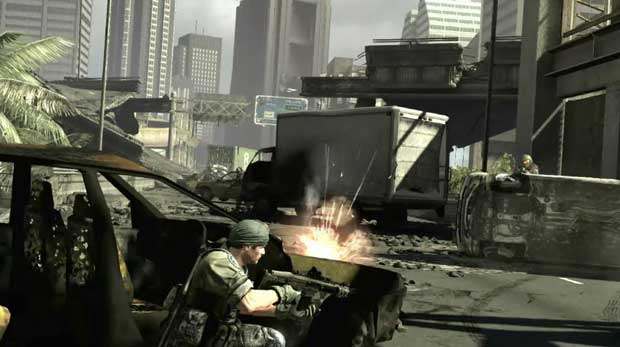 Over the last few weeks SOCOM 4 has been available for some in an exclusive beta period.  First available to PlayStation Plus subscribers, then to Killzone 3 voucher holders, and now today everyone on PSN will get access to Zipper Interactive’s shooter: SOCOM 4.  You’ll be able to log in and download the beta from the PlayStation Store later today.  The beta will be available for download between now and April 12th.

The SOCOM 4 testing servers will be up and running 24 hours a day, barring any tweaks and changes that need to be made.  You’ll get access to two of the maps featured in the game: Port Authority & Assault and Battery.  The beta also comes with a variety of game-modes to test your skills in: Suppression, Last Defense, Uplink, Bomb Squad, Sniper Alley, Last Defense Run & Gun, Scrum.

So what are you waiting for, get downloading, and we’ll see you on the Battlefield.