This behemoth of a bug is Paladin's most fearsome champion yet! 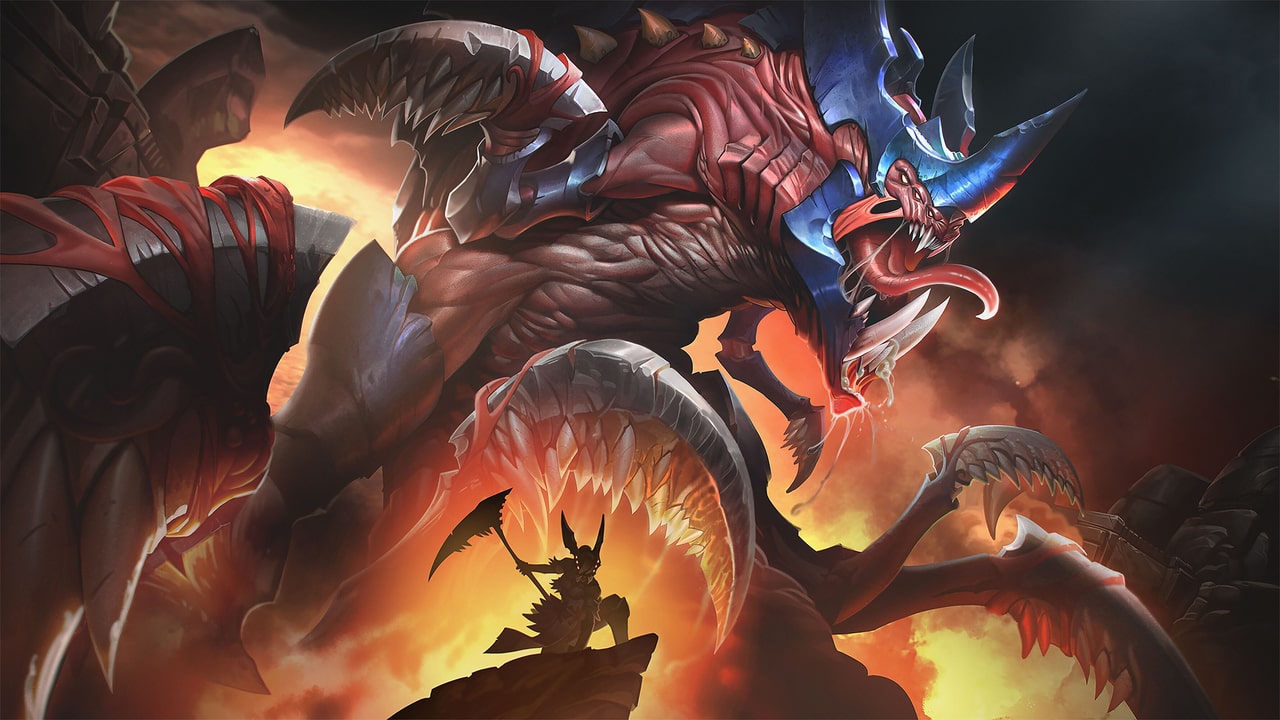 Hi-Rez Studios has released its highly anticipated Season 4: Calamity update for Paladins simultaneously on all supported platforms. This update brings with it Yagorath, the Devourer, a new champion that is not only the Realm’s largest Champion yet, but also the most fearsome.

Yagorath is the first of many new Champions to come in Season 4 of Paladins as the game aims for more frequent updates to keep player engaged with regular new content.

Yagorath is what it is to consume – absolutely. Today the towering six-legged worm-like abomination of claws and fangs joins Paladins’ roster, including as a Frontline. Her looks, her lore, her abilities—everything makes her an absolutely unique creature.

“Yagorath is by far our most ambitious Champion yet,” says Game Designer Kevin Readen. “We really want her to feel like a horrific monster, dominating the battlefield with devastating abilities and her intimidating presence, towering over everyone else. Her first-person in-mouth presentation, in particular, helps sell the feeling of being a scary monster. Her abilities highlight moments of power, both playing as Yagorath and against her, that allow players to feel like they have a raid boss in their midst.”

Yagorath is able to switch between two clear-cut stances. With her travel form, she surges around the battlefield at high speeds while leaving acid pools in her wake. With her planted form she roots herself in the ground and fires out piercing quills at enemies as well as caustic acid—possibly to digest them better in the near future.

Her ultimate ability allows her to devour any other Champion that dares comes too close. However, this execution is conditional and her prey does have a chance of escape. With the aid of their heroic teammates, the victim has a chance to destroy Yagorath’s temporary shield before being entirely consumed, and live to fight the Devourer another day

Paladins’ Champion Pack is replaced with a few more flexible alternatives. The Starter Edition allows new players to get into Paladins more easily, unlocking a collection of the most popular Champions for just $9.99 while The Gold Edition unlocks 30 Champions and 600 Crystals for $29.99. However, Paladins’ best-value offer is the Deluxe Edition, which includes all content from the Starter and Gold Editions, plus 10 more Champions and the Season Pass 2021, all for $59.99. 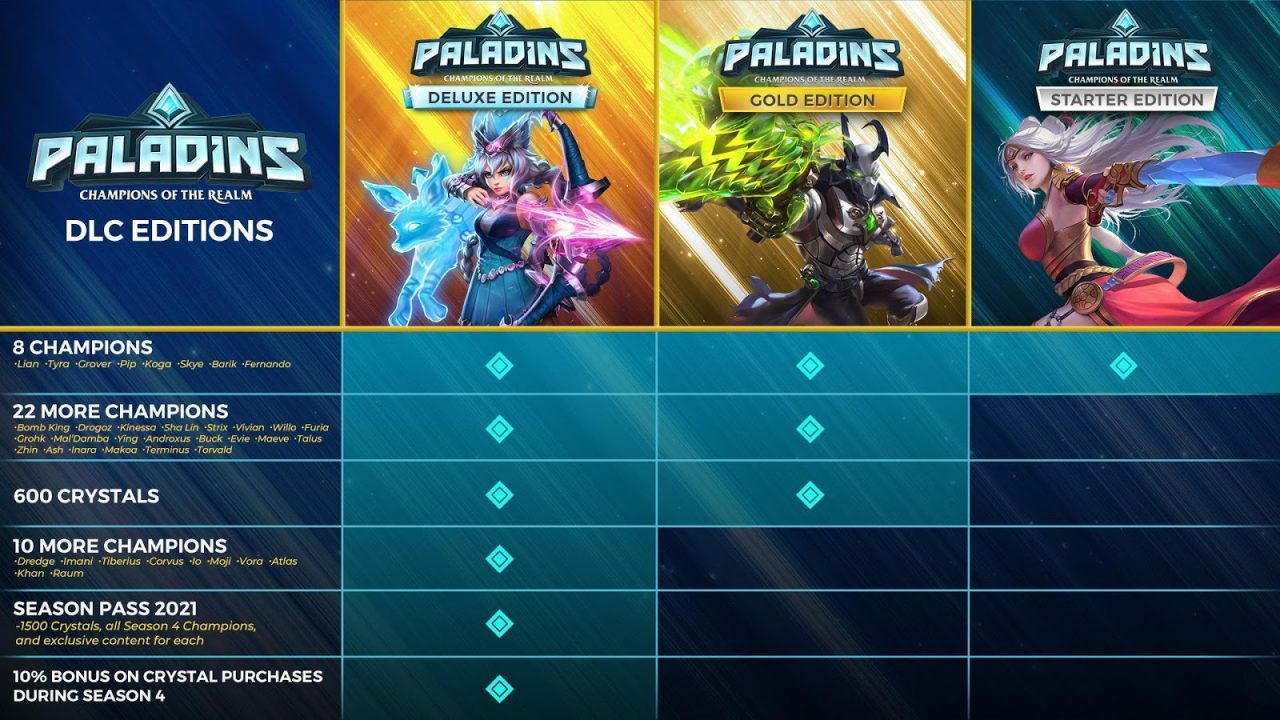 Paladins’ Season Pass 2021 can also be purchased as a single purchase. It is out today and is the yearly bundle for newcomers and veterans alike. It unlocks all 2021 Champions plus their talents upon release, as well as various cosmetics for each including a Limited Edition skin. Upon purchase, players also get Limited Edition Soul-Stealer Furia as well as a new Mount—a noble Golden Gryphon— complete with 1500 Crystals worth $24.99.